Ownership of Energy Resources and Companies

Blacks do not own any of the energy resources in America.* Hopefully, ownership opportunities will develop in the 'green' energy areas because the traditional energy sectors have been closed to African American ownership. The traditional energy sector represents trillions of dollars in commerce each year in America. This sector also receives billions in federal government subsidies each year. President Obama has ushered in a new emphasis on renewable energy along with conservation and efficiency. Hopefully, with billions in federal dollars going to conservation, efficiency, wind and solar, Blacks will become owners in these areas.

President Obama and the Congressional Black Caucus (CBC) should apply more pressure to assure minority participation in these areas. The National Black Chamber of Commerce just sent a complaint letter to President Obama and other federal agencies describing how Blacks are being shortchanged in highway employment and contracts. This complaint could have just as easily included oil, gas, coal, and nuclear. Blacks have no ownership stakes in any of these sectors.

AAEA has implemented weatherization audits and retrofits, water conservation retrofits, efficient furnace replacements in public housing, and backed wind and solar projects in the past 25 years. Yet Blacks should not restrict themselves to just the traditional renewables areas. After all, wind and solar represent less than one percent of the electricity delivery marketplace. We are working to increase green jobs but we also want green ownership. Yet we should not ignore the other 99% of the electricity marketplace. Should Blacks own oil, coal, natural gas and nuclear businesses? We say yes. Of course, the traditional mainstream environmental movement would say no, even as they continue in refusing to hire Blacks in professional positions. 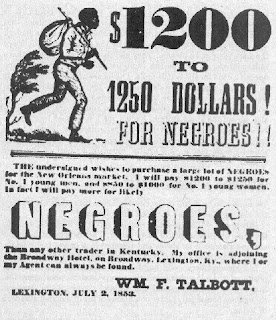 AAEA has been working for years to expand ownership in all energy sectors. We have been miserable failures in this effort. Yet we have approached oil, gas, coal and nuclear industries about expanding African American equity in some of their projects and facilities. In many cases, such ownership stakes would improve approval prospects for proposed projects. Yet we have been informed on more than one occasion that projects would rather be lost than including such ownership participation.