Serious Racial Problems at Department of the Interior 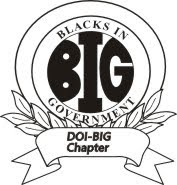 Statement by Blacks in Government (BIG)

From Bureau of Ocean Energy to U.S. Fish and Wildlife the U.S. Department of the Interior's Mismanagement Exacerbated by Institutionalized Favoritism 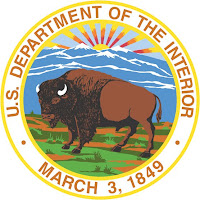 With the completion this month of the review of the U.S. Department of Interior’s U.S. Fish and Wildlife Service by the U.S. Equal Employment Opportunity Commission [EEOC], dated June 6, 2010 the extent of human resource mismanagement at the Department has been further documented. Taking sharp issue with current Interior policies, EEOC has found continued under representation of minorities and policies that re-enforce ‘personality driven’ human resource management.

The Blacks In Government Interior Chapter [BIG] points to its recent White Paper findings as further collaboration of this review showing a Department wide problem driving diversity and diversity of opinion out of management, out of employment and delivering bad public policy decisions adversely affecting all Americans. BIG sees the recent oversight failures contributing to the Gulf oil spill crisis as a direct consequence of ‘good old boys’ out of touch with commonly held American values.

Citing a 1948 Executive Order by President Harry S. Truman; the 1964 Civil Rights Act; the Equal Employment Opportunity Act of 1972; and President Carter’s Reorganization Plan mandating the same standards for Federal employment as those in the private sector, EEOC has issued a stinging rebuke to current Interior diversity practices at the U.S.Fish and Wildlife Service. Secretary Salazar was hand delivered the BIG White Paper report documenting many of these concerns last fall.

BIG leadership is deeply concerned that Secretary Salazar has not appointed a new point person on workforce diversity since Robert Stanton left that role last fall. It has been filled by an ‘acting director’ for half a year. Equally disturbing, senior Interior staff seem to be out of touch with the sensitivity and urgency of stopping the flow of talent out of the organization and leaving weak management in place over critical American assets, like oil industry oversight.

Despite assurances from the department, not a single new accountability standard to increase diversity has been implemented or discussed with BIG’s leadership. The accountability standards currently in place are the same as those in place as a ‘check off’ on a form.
As further confirmation of inaction by key personnel, BIG points to the case of Stewart v. Department of the Interior where “intentional race discrimination” was found at the Bureau of Ocean Energy Management, Regulation and Enforcement on May 8 of last year.

The Department quickly issued a final order on June 17, 2009 adopting remedies ordered by the EEOC’s Administrative Judge Martin. In that finding “AJ Martin strongly encouraged the Agency to institute a panel selection system which requires the full complement of all protected classes be represented, for all selections, regardless of grades…to help ensure the absence of discrimination in future selections and provide evidence of the Agency’s proactive and preventive measures.” As of today, the Agency continues to operate status quo, not in compliance.

The White Paper
Posted by Norris McDonald at 11:40 AM