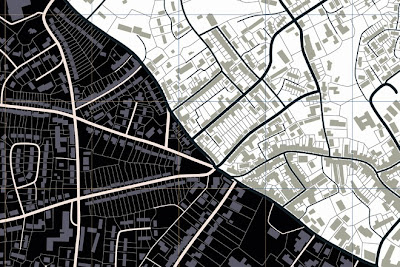 Researchers at UC Berkeley used satellite imagery to find that Blacks, Asians and Latinos are more likely to live in “urban heat islands.”  Such urban heat islands are most at risk during extreme heat waves that are expected to worsen due to climate change, according to a new study.


The study, published in the journal Environmental Health Perspectives showed that these heat island exit in hundreds of U.S. cities where there are few shade trees and a lot of heat-absorbing, impervious surfaces like pavement, cement or roofing.  Racial segregation appears to increase everyone’s risk of living in a heat-prone environment.

The authors paired that information with data from the 2000 Census to find that blacks were 52% more likely than whites to live in “urban heat islands” -- microclimates that can get an extra 5 to 10 degrees warmer during heat waves -- while Asians were 32% more likely and Latinos were 21% more likely.

To help reduce the risk, the study recommends that city planners plant more trees, paint highly reflective roofs, use pavement that absorbs less heat and consider racial and ethnic inequalities in decisions about adapting to a changing climate.  (LA Times, 7/9/2013)
Posted by Norris McDonald at 2:45 PM

We should try to work for the good environment. As we are going to the global warming, we should take steps to decrease its causes.