August 29th Is The 5 Year Anniversary of Hurricane Katrina‏ 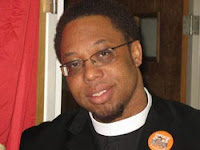 On August 28, 2005 Hurricane Katrina hit the shores of the Gulf Coast, and in the morning of the 29th, the levees broke flooding the city of New Orleans. As we know, due in large part to government's failed response, an estimated 2,000 plus people died, and hundreds of thousands of people were displaced.This August 29th, 2010, will be the five year anniversary of Hurricane Katrina. As many Gulf Coast residents continue to cope with an uncertain future, we are mobilizing for the 5th Annual Hurricane Katrina Commemoration March and Rally in honor of those who passed in the storm and the community that was abandoned by a failed government response.

The Commemoration March and Rally will also serve to call for the comprehensive rebuilding and restoration of the Gulf Coast, and the undeniable right to return of those who are still displaced.The organizers of the Commemoration March and Rally are seeking solidarity support from around the country, for a national remembrance and call to action. Here are the 5 things you can do in solidarity:

Join us for the March and Rally on August 29th in New Orleans, find out more about the event and RSVP here.

Make a tax-deductible DONATION to the support the Rally and March.

SIGN OUR PETITION to restore and rebuild New Orleans and the Gulf Coast.

Have your organization ENDORSE the March and Rally.

Yesterday I published this article about why we should all get involved in the 5 Year Hurricane Katrina Anniversary. August 28th, 1963 was the historic March on Washington, when Dr. Martin Luther King Jr. gave his "I have a Dream" speech. August 28th, 1955 was the day Emmitt Till was murdered in Mississippi, which catalyzed the Civil Rights movement. Then, on August 28th , 2005 we had Hurricane Katrina hit the shores of the Gulf Coast, and on August 29th the levees in New Orleans broke. This is our moment. It has been 5 years, and the damage of Hurricane Katrina and a failed government response has not been made right. Help make it right. Take actions 1 through 5 above, or whichever you are able to do. Spread the word - For Future Generations.
Posted by Norris McDonald at 5:36 PM