A Dozen Locations Had Concentrations High Enough to Trigger Explosion

More than 5,893 leaks from aging natural gas pipelines have been found under the streets of Washington, D.C. by a research team from Duke University and Boston University. 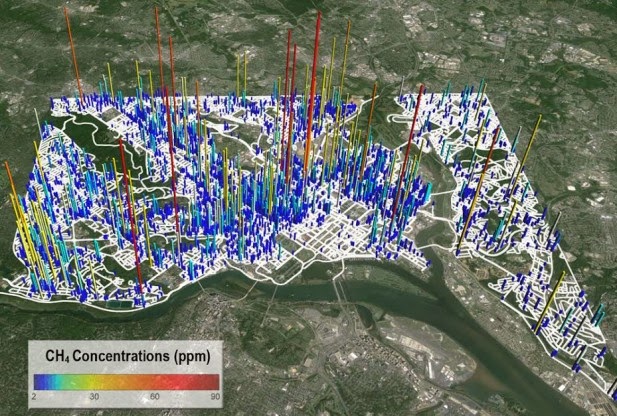 A dozen of the leaks could have posed explosion risks. Some manholes had methane concentrations as high as 500,000 parts per million of natural gas -- about 10 times greater than the threshold at which explosions can occur.
Repairing these leaks will improve air quality, increase consumer health and safety, and save money.

Nationally, natural gas pipeline failures cause an average of 17 fatalities, 68 injuries, and $133 million in property damage annually, according to the U.S. Pipeline and Hazardous Materials Safety Administration.

In addition to the explosion hazard, natural gas leaks also pose another threat: Methane, the primary ingredient of natural gas, is a powerful greenhouse gas that also can catalyze ozone formation. Pipeline leaks are the largest human-caused source of methane in the United States and contribute to $3 billion of lost and unaccounted for natural gas each year. 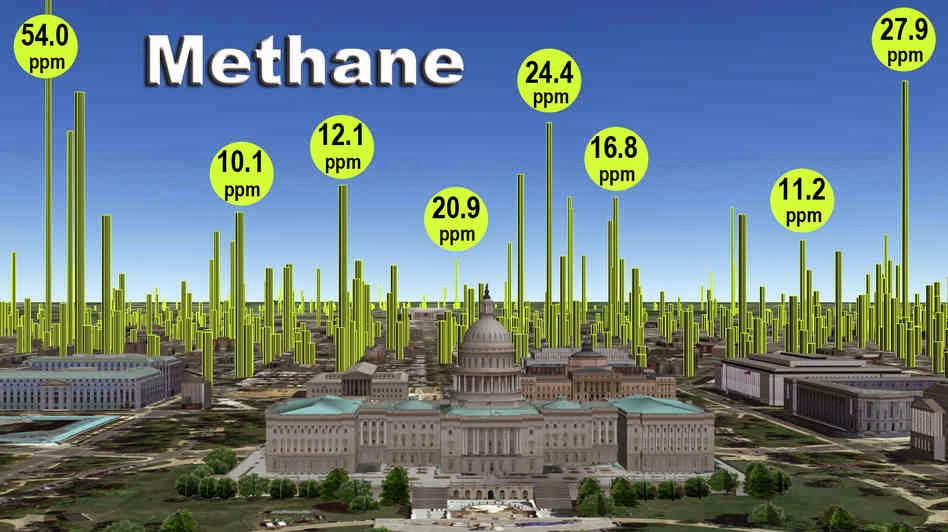 Researchers from Boston University and Gas Safety, Inc., mapped gas leaks under all 1,500 road miles within Washington using a high-precision Picarro G2301 Cavity Ring-Down Spectrometer installed in a GPS-equipped car. Laboratory analyses then confirmed that the isotopic chemical signatures of the methane and ethane found in the survey closely matched that of pipeline gas.

Last year, the team mapped more than 3,300 natural-gas pipeline leaks beneath 785 road miles in the city of Boston. The average density of leaks mapped in the two cities is comparable, but the average methane concentrations are higher in Washington.

Nice article. your article is very good and E-book is well. I love as like as E-book. I think there are best e-book link in the world. If any one search more e-book i seggust their visit here and collect more
carbon