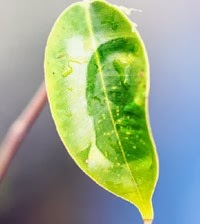 The large, rich, elite environmental groups sent a letter to President Obama condemning his belief in an 'all of the above' energy strategy.  They also condemned any approval of the Keystone XL pipeline.  We support President Obama's 'all of the above' energy strategy because it makes sense in the real world.  Also, the Keystone XL pipeline is already operating and the Canadian tarsands will be developed (and transported via rail) regardless of whether the proposed shortcut part of the pipeline is approved by the Obama administration.  Ignore them President Obama.  You are the strongest global warming mitigation president in history and these groups are still complaining.

Also big media like The Washington Post, and particularly reporters like Juliet Eilperin, restrict alternative environmental viewpoints by exclusively reporting the agenda of the elite groups.  It is a disservice to the public for such big media outlets to strictly endorse only one particular viewpoint when it comes to environmental public policy.  In essence, big media is rejecting dissenting viewpoints and is serving as a biased conduit for elite environmental groups to dominate the discussion.

America is an energy consuming nation.  We believe in the efficient use of natural resources.  We also believe that climate change is best addressed via technology solutions instead of 'banning fossil fuels' the way the rich groups recommend.  They can afford a world where energy is very expensive and unavailable.  Many of the rest of us cannot.

We are proposing two strategies to address global warming: 1) Defense Energy Reservations (DER) and 2) Energy Defense Reservations (EDR).  The DER leads with renewables implementation under a Presidential Executive Order to 'Declare War on global warming and a Congressional 'Declaration of War' on global warming.  The EDR proposes to utilize nuclear power and oxycombustion of coal in a process that produces hydrogen via steam cracking or hydrolysis for a hydrogen economy and converting CO2 into diesel fuel.

Although expensive, and any 'solution' to global warming will be expensive, we believe these technological solutions are more practical than banning the use of fossil fuels.
Posted by Norris McDonald at 11:37 AM