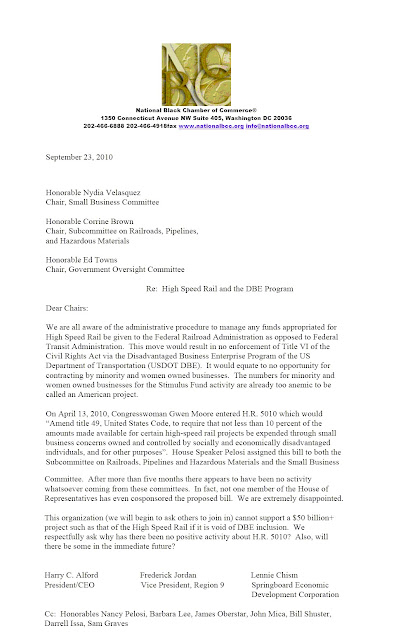 What is happening in Washington, DC is similar to a situation in Oakland, CA a few years ago. My friend, Shannon Reeves, was president of the local NAACP chapter there. One night at a city council hearing everyone was unloading about how bad the economic situation was. Finally Shannon let them have it, “You have a Black mayor, predominantly Black city council, Black school superintendent, Black police chief, Black fire superintendent, Black state representative, and a Black congressperson and Black everything else. If things are bad then someone Black has either done it or let it happened.” In essence, the solution must start with us and cities like Oakland, Compton, East St. Louis, Gary, Detroit, Camden, etc. must start to police and correct themselves. Outside sources are not going to do it for us.

So far this Stimulus Bill has been a disaster for Black America. We have participated in about 1% of the revenue at best. Only thing is the Union movement is mad about that one percent we have in addition to the 1% Hispanics have and the 3% women share. In total that is 5% and they see that as awful. The greedy unions want it all to themselves and they aren’t going to stop until they get it. After all, they paid the Obama Campaign over $200 million and they want the big return on that investment.

The latest union hustle is the High Speed Rail System they want built throughout America. We need this like a “hole in the head”. Our economy is in the tank. We can’t fill airplanes, normal trains or buses but they want to fill the nation up with these bullet trains that will not be used by many. There is at least $50 billion in jobs doing this and the unions want all of those jobs. They already have gotten the Obama Administration to eliminate civil rights and affirmative action programs regarding the oversight of this project.

Normally, the US Department of Transportation’s Disadvantaged Business Enterprise (DBE) program would apply. This states that goals must be set for minority and women businesses and equal opportunity employment must be enforced. But oh, the little bigots have found a loophole. There is an underutilized agency within the Department of Transportation where the DBE program doesn’t apply. That is the Federal Railroad Administration. So, in a sinister way, the Obama Administration is shifting all the responsibility for the high speed rails to this department so affirmative action and civil rights cannot be enforced. This is terribly sad isn’t it? It is change all right – change for the worst.

Courageously, Congresswoman Gwen Moore (Black Democrat, Milwaukee) stepped in the way and filed house bill H.R. 5010 which states that the Federal Railroad Administration must abide by the DOT civil rights programs. The bill states: “To amend title 49, United States Code, to require that not less than 10 percent of the amounts made available for certain high-speed rail projects be expended through small business concerns owned and controlled by socially and economically disadvantaged individuals, and for other purposes.” She dropped this April 13, 2010. However, Speaker of the House Pelosi went to work against it. She assigned the bill to Congresswoman Corrine Brown (Black Democrat, Jacksonville), Subcommittee Chair for Railroads and Congresswoman Nydia Velasquez (Hispanic Democrat, NYC), and Chair for the House Small Business Committee. The bill has been frozen ever since. It has been over five months and they are conspiring to kill it.

Strangely enough, there has not been one member of the House of Representatives to cosponsor this bill with Congresswoman Moore. No member of the Congressional Black Caucus, Democratic Party, Transportation or Small Business Committees. Congresswoman Moore is out there by herself. It is a betrayal of African Americans, minorities and women, in every since of the term.

Remembering Oakland, I must state that if we have a Black President, Black House Whip, 43 members of the Congressional Black Caucus, Black Attorney General (in charge of Civil Rights) and Black representation throughout the federal government then someone Black is doing this or letting it happen. It is 2010 and they are openly killing civil rights. Somehow we are going to have to rally and fight this terrible assault. One thing we can do is remember this in November when we go to the polls. If your congressperson is not going to fight this then you need a new congressperson. There should be no high speed rail system built in this nation unless it comes correct. Racism should not be allowed and certainly not promoted by the Democratic Party and supported by the Congressional Black Caucus.

I shall close this sad commentary with one of my favorite tunes of the 1960’s. “They are all chicken feathers; all without one gut; trying to make it real; but compared to what.” 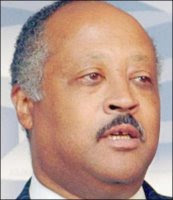 Mr. Alford is the co-founder, President/CEO of the National Black Chamber of Commerce.
Posted by Norris McDonald at 3:38 PM