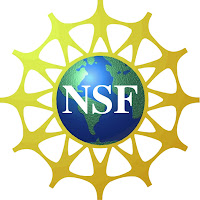 The National Science Foundation is proposing to merge three grant programs for minority-serving institutions into a single new program that would also allow awards to majority-white institutions. This will have the effect of reducing grant funds to Historically Black Colleges and Universities (HBCU).

At least 20 percent of the nation's 105 black colleges are in financial distress and many suffer from a lack of support from state and federal agencies, as well as very low percentages of alumni-giving compared with the levels at predominantly white institutions.

The White House Board of Advisors on Historically Black Colleges and Universities, established by President George H.W. Bush in 1989, has typically included only the presidents of black colleges.

The National Science Foundation's proposal, described in President Obama's budget request for the agency in February, would eliminate funds for the Historically Black Colleges and Universities Undergraduate Program, the Louis Stokes Alliances for Minority Participation, and the Tribal Colleges and Universities Program, and replace them with a single new program that would encourage minority participation in science, technology, engineering, and mathematics—the STEM disciplines (refers to science, technology, engineering, and mathematics). (The Chronicle of Higher Education, March 10, 2010)
Posted by Norris McDonald at 8:34 AM