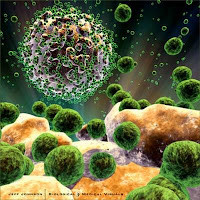 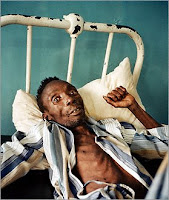 According to a report funded by the CDC and conducted by the George Washington University School of Health and Health Services, 3 percent of the population in the District of Columbia has been diagnosed with HIV/AIDS, a rate not seen since the height of the epidemic in the 1990s in San Francisco. A rate higher than in West Africa. That translates into 2,984 residents per every 100,000 over the age of 12 -- or 15,120 -- according to the 2008 epidemiology report by the District's HIV/AIDS office.
More than 4 percent of blacks in the city are known to have HIV, along with almost 2 percent of Latinos and 1.4 percent of whites. More than three-quarters -- 76 percent -- of the HIV infected are black, 70 percent are men and 70 percent are age 40 and older. Heterosexual sex was the principal mode of transmission for blacks with the disease, 33 percent. Men having sex with men was the chief mode of transmission for white residents, 78 percent; and Latinos, 49 percent. Black women represent more than a quarter of HIV cases in the District, and most, about 58 percent, were infected through heterosexual sex. About a quarter of black women were infected through drug use. (Wash Post, 3/15/09)
Posted by Norris McDonald at 8:52 PM