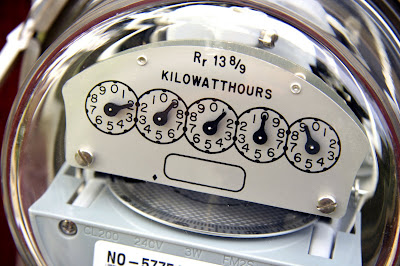 The Maryland Public Service Commission (PSC) has barred (Order # 82509) PEPCO, Constellation Energy Group, the parent company of Baltimore Gas & Electric and four other utility companies from shutting off gas and electricity to more than 100,000 customers who have fallen behind on their bills. The PSC acted at the request of Governor Martin O'Malley (D), who requested the delay this week in response to complaints to the Commission’s Office of External Relations. Some complaints noted that in January utilty bills increased 300% over January 2007 and 100% over January 2008’s already-elevated levels.

"That Utilities subject to this Commission’s jurisdiction shall refrain immediately from terminating any residential customer’s gas or electric service for delinquent payment or outstanding balances, until the Commission directs otherwise...The parties shall appear before the Commission to discuss the results of the Work Group on Tuesday, April 7, 2009 at 10 a.m. at the Commission."

Normally, customers in arrears are given a grace period during the winter, then face shut-off April 1. The commission's action delays that deadline until further notice. The PSC directed the state's utility companies to submit a plan by April 1 for offering customers payment plans to spread out their debt before they are issued shut-off notices. About 84,000 BGE customers and 43,000 Maryland customers of Pepco had faced shut-offs starting April 1, according to the Public Service Commission. The PSC sent Notices to each utility to submit: data or information addressing arrearage and uncollectible balances; collection and termination practices; the number of complaints the Utility has received about higher than normal utility bills; the steps taken to investigate and respond to the complaints; and the reasons for the spikes in energy bills.

Utility officials are blaming the increases on cold weather, a longer billing cycle, a practice of estimating bills, and higher commodity prices for natural gas and electricity. They also said customers are using more high-tech gadgets. AAEA believes the rate increases that are 'kicking in' to make up for botched deregulation are also responsible for the increased utility bills. It will only get worse as the increases are spread out over three years. This was a very big issue during the last gubernatoral campaign. (Wash Post, 3/12/09)
Posted by Norris McDonald at 8:38 AM