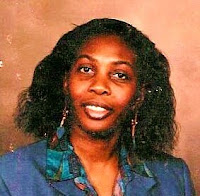 A new book from a University of Michigan professor explores how the centuries-old connections between racism and the environment in American cities.

"The Environment and the People in American Cities, 1600s-1900s: Disorder, Inequality, and Social Change" was written by Dorceta Taylor, left, a professor at the School of Natural Resources and Environment and director of an institute studying the issue of environmental justice its modern context. Duke University Press plans to release the book this month.

"The Environment and the People in American Cities" provides a sweeping and detailed examination of the evolution of American cities from Colonial New York and Boston to recent urban planning and labor reform efforts, outlining the rise of problems like overcrowding, pollution, poverty and epidemics and connecting them to systemic environmental racism and other forms of environmental inequities.

In its coverage of race, class and gender inequalities, the book includes a dimension missing from other academic books on environmental history. Professor Taylor adds to current research on the subject by exploring the emergence of elite reformers, the framing of environmental problems and the responses to perceived breakdowns in social order. By focusing specifically on cities, she offers important clues to understanding the evolution of American environmental activism.

Beyond the contribution to historical literature on the subject, Professor Taylor connects her findings to current issues in environmental policy. The book grew out of an undergraduate class on environmental politics Professor Taylor taught more than a decade ago. After finding no books or articles examining race, class or gender and the environment in a historical context, she decided to write her own. The project eventually grew into two books.

While all-male expeditions and solitary males who retreat to the woods for months or years at a time are idealized in many environmental history accounts, the urban activists receive no such acclaim or glory," she said, noting that female, working class and ethnic minorities were active in environmental activism and affairs. "In the city, the classes, races and genders interacted with each other to create a kind of environmentalism that was very fluid and dynamic.

Throughout her analysis, she connects social and environmental conflicts of the past to those of the present. She describes the displacement of people of color for the production of natural open space for the white and wealthy; the close proximity between garbage and communities of color in early America; the "cozy" relationship between middle-class environmentalists and the business community; and resistance to environmental inequalities from residents of marginal communities.
Posted by Norris McDonald at 8:23 AM