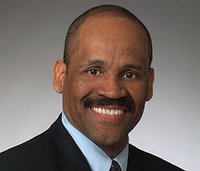 Victor B. McFarlane, Brian Davis and William H.C. Chang purchased the D.C. United soccer team from Anschutz Entertainment Group for $33 million. They now want to build a $150 million soccer stadium at the current location of the U.S. Department of Interior, National Capital Parks East headquarters. There is also a heliport at the location. The stadium would be across the Anacostia River from the new baseball stadium that is being constructed. The U.S. Park Service has transferred the 100-acre parcel to the District and Mayor Adrian Fenty is promoting more development in Ward 8.

Mr. William H.C. Chang is Chairman and CEO of the Westlake Group. Westlake is a diversified investment company, headquartered in San Mateo, California, with operations in China, Japan, and the US and over 4,000 employees. The firm has invested in various industries in China for over 25 years. Westlake's technology division helps U.S.-based companies penetrate the telecommunication and enterprise networking market in China. He his AB in Economics from Harvard College.
AAEA Says MacFarlane Project Would Create Renaissance
McFarlane Proposal Doomed Because He Is Black
Posted by Norris McDonald at 4:58 PM