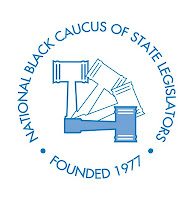 The Comcast Foundation has made a $50,000 grant to the National Black Caucus of State Legislators (NBCSL) to form the "NBCSL/Comcast Broadband Legislative Fellowship" in order to increase efforts to conduct research and develop solutions regarding broadband adoption among African Americans.

According to the Pew Internet & American Life Project's 2009 "Home Broadband Adoption" study and the "Broadband Imperatives for African Americans" report spearheaded by NBCSL and the Joint Center for Political and Economic Studies, there is a disproportionate rate of broadband accessibility and adoption among African American communities.

The newly formed Fellowship between Comcast and NBCSL will provide support for two graduate level public policy fellows to develop public policy recommendations to increase broadband adoption and use by African Americans. The recommendations developed by the Fellowship will further direct the efforts of NBCSL in authoring recommendations to Congress and the Federal Communications Commission (FCC) as they develop national and local solutions to alleviate disparities in broadband access, adoption, and use.

NBCSL has been a progressive leader in addressing economic, social and political issues that face Americans -- particularly African Americans. Healthcare, juvenile justice, education and international trade are among the policies that NBCSL will address at the state, local and federal levels. Comcast's partnership with the NBCSL further enables Comcast to create opportunities and empower the communities it serves.

Since 2001, Comcast has provided $1.4 billion in cash and in-kind support to national and local non-profit organizations in 39 states and Washington D.C. The company has made a $1.2 million commitment to sponsor the One Economy Corporation's Digital Connectors program for three years, beginning in 2009. (DVRepublic, 12/9/09)
Posted by Norris McDonald at 8:42 PM