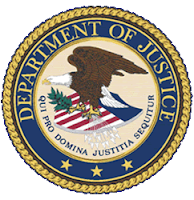 U.S. Attorney General Eric Holder and Agriculture Secretary Tom Vilsack today announced the successful resolution of the longstanding litigation known as Pigford II. The settlement agreement reached today, which is contingent on appropriation by Congress, will provide a total of $1.25 billion to African American farmers who alleged that they suffered racial discrimination in USDA farm loan programs. The settlement sets up a non-judicial claims process through which individual farmers may demonstrate their entitlement to cash damages awards and debt relief. 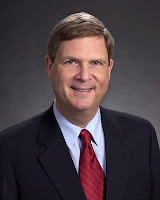 “USDA has...worked hard to address USDA’s checkered past so we can get to the business of helping farmers succeed...Because this Administration firmly believed that a full and final class-wide settlement was possible, the Administration requested $1.15 billion in the 2010 budget, on top of the $100 million already provided by Congress, to facilitate a settlement. I now urge Congress to provide the funding necessary to ensure that that these farmers and USDA can close this sad chapter and move on.” 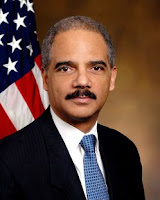 “Bringing this litigation to a close has been a priority for this Administration. With the settlement announced today, USDA and the African American farmers who brought this litigation can move on to focus on their future. The plaintiffs can move forward and have their claims heard - with the federal government standing not as an adversary, but as a partner.”

In 1999, the USDA entered into a consent agreement with black farmers in which the agency agreed to pay farmers for past discrimination in lending and other USDA programs. Thousands of claims have been adjudicated, but thousands of other claims were not considered on their merits because the affected farmers submitted their claims after the settlement claims deadline.

To address the remaining claims, Congress provided these farmers another avenue for restitution in the 2008 Farm Bill by providing a right to file a claim in federal court. The total amount offered by the federal government in the agreement announced today, $1.25 billion, includes the $100 million appropriated by Congress in Section 14012 of the Farm Bill.

Last May, President Obama announced his plans to include settlement funds for black farmers in the FY 2010 budget to bring closure to their long-standing litigation against the U.S. Department of Agriculture.

The settlement is contingent on Congress appropriating the $1.15 billion that the President requested. Following the appropriation, class members may pursue their individual claims through a non-judicial claims process in front of a neutral arbitrator. Claimants who establish their credit-related claims will be entitled to receive up to $50,000 and debt relief. A separate track may provide actual damages of up to $250,000 through a more rigorous process. The actual value of awards may be reduced based on the total amount of funds made available and the number of successful claims. (USDA Press Release)
Posted by Norris McDonald at 2:21 PM