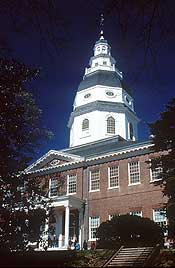 Election year politics confused state legislators and a candidate for governor into thinking they can micro-manage electric utilty services. Unfortunately, partisan gamesmanship is telling investors that Maryland is not an attractive destination for business. Certainty for prospective business investors was destroyed when the legislature 1) passed a bill to kill Constellation Energy Group's finanacial stability and competitiveness in electricity purchasing markets, 2) conducted a regulatory coup d'etat by firing the Public Service Commission (PSC) and the People's Counsel (put on hold by the Maryland Court of Appeals), and 3) put PSC utility regulatory rulings in limbo, thus directly threatening the Constellation-Florida Power & Light (FPL) merger. FPL will probably pull out of the merger with Constellation, further weakening the state's main electric utility.

The Maryland legislature is trying to operate our utilities like Florida operates elections. We deserve each other. It might ultimately take the Supreme Court to straighten out the mess in Maryland. And don't blame Governor Ehrlich. He had a reasaonable plan. His competitors wanted to trump him in the eyes of voters for political points. Instead they are putting those electric utility ratepaying voters at risk by weakening Constellation, threatening the state's economy and reducing electricity reliability.
Posted by Norris McDonald at 5:43 PM