Federation. He also sits on the Board of the Coalition to Restore Coastal Louisiana, and was appointed by the Louisiana Legislature as the Chair of the North Lake Charles Economic Development District. In 1998, he won the award for Louisiana's Best Activist by the "Times" Magazine. He has been keynote speaker for colleges, universities, and groups in over 40 states on the subject of Building Diverse Coalitions. In 1998 he represented NWF at the U.N. Conference on Sustainable Development and at the U.N. Conference on Climate Change in Kyoto, Japan. Ringo and his wife, Martha, are the parents of four children and reside in Lake Charles, Louisiana.

Good luck Jerome. AAEA congratulates you on this historic appointment. We look forward to you making a difference in expanding the views of environmentalists everywhere.
Posted by Norris McDonald at 6:11 PM No comments: 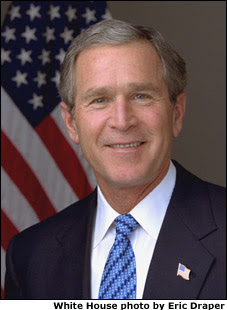 Controlling fish consumption of certain types of fish, particularly for pregnant women and children, is the only realistic short term approach for protecting oneself against mercury contamination.
Posted by Norris McDonald at 8:40 PM 2 comments:

The African American community does not seem to be concerned about the Arctic National Wildlife Refuge (ANWR) one way or the other, although 92% of the Congressional Black Caucus opposed drilling in the last house vote in 2003.

March 2005 will be remembered as the month that the U.S. Senate voted to approve drilling in the Arctic National Wildlife Refuge (ANWR) using a unique mechanism of attaching the legislation to a budget bill that needs only a majority vote instead of the 60 or 67 cloture votes that seem to have become the Senate norm.

AAEA is promoting reparations in the form of privatizing certain federal lands and Alaskan oil lands. The Interior Department should deed the land to interested African Americans who could conserve the land, hold it in trust, donate it to native Alaskans or lease the mineral rights to oil and gas companies. AAEA promotes this strategy regardless of the location of federal lands, whether it is in the Rocky Mountains, offshore, or elsewhere. Federal lands should be transferred to interested African Americans as a reparation. Preferred land would be those federal lands with oil and gas beneath the surface. The reparations for slavery issue could probably be completely resolved by deeding over the 19 million acres to African Americans (which could hold as much as 16 billion barrels of oil).

It is estimated that the Interior Department could start selling ANWR leases in 2007 with oil flowing to the lower 48 within ten years.
Posted by Norris McDonald at 4:16 PM No comments:

What is a feed reader?

An RSS feed reader is a program you can use to stay up to date on all your favorite online news sources. By subscribing to the feeds of a page that supports RSS (like this one) you can simply log in to your feed reader inbox and it will automatically check all the sites you've subscribed to for new articles. It will then display all the new articles in one place.

This means that you don't have to remember your favorite web site addresses, waste time going to sites that haven't been updated, or even load all the different pages you want to read. You just log in to one account and everything new is delivered automatically. It increases the information you have access to, while decreasing the time it takes to get it.

If you have an account with Yahoo or MSN, then your MyYahoo or MyMSN page can read feeds for you. Other popular free web-based RSS readers include Bloglines and Newsgator. Pages that don't have one-click subscription buttons like this one may still have orange RSS or XML buttons. The links to those buttons can be copied and pasted into your feed reader to subscribe.

Once you get the hang of reading RSS feeds, you will never want to go back to web surfing manually. Many different types of sites have RSS feeds, including major media outlets and small blogs. Each Yahoo News search results page even has its own unique RSS feed, so your feed reader will know whenever there are new search results available.

A related technology that you can use to save all the articles you find online is called social bookmarking. Check out Furl.net and Spurl.net for examples. For more information about new web tools for research check out Marshall's blog. He helped design this site.
Posted by Norris McDonald at 9:36 PM No comments:

Was Clinton better than Bush on the Environment?

Mainstream environmental groups call President Bush the worst environmental president in history. These same groups complained about President Clinton when he and Vice President Al Gore were in office. What did Clinton do that Bush has not done?

President Clinton did not support the Kyoto Protocol. He did not issue mercury regulations. He did sue utilities under the New Source Review regulations (some utilties are now settling), but the Bush administration is pursuing those cases. Maybe Clinton was constrained because a Clean Air Act Amendment was passed two years before he entered office and an energy bill was passed in 1992 when he was entering office.

WHAT DO YOU THINK?
Posted by Norris McDonald at 11:25 AM 1 comment:

The Matrix: There is no Clean Air Act

In The Matrix Reloaded movie smokestacks belch NOx, SOx, VOCs, mercury and heavy-duty particulate matter. You can see many stacks spitting black smoke. Plus, the highways are clogged with huge fume belching vehicles.

So would you need an inhaler when you are in the matrix?
Posted by Norris McDonald at 2:38 PM No comments:

Black-on-Black Murder as an Environmental Issue

Do you believe intraracial homicide among Blacks is an environmental issue?

AAEA is currently compiling the 2004 murder statistics for major American cities. We have the 2003 listings on our page. There are thousands of murders each year and most of these are African Americans killing each other. Environmental justice is the fair treatment of all people respecting environmental issues. We have four questions regarding this issue:

How should environmental justice address

Is it an environmental justice issue?

Does injustice have to cross racial lines to qualify as an environmental injustice?

Hip Hop is to 21st Century youth culture what Rock & Roll was the the 20th Century Woodstock Nation. Its advocates call themselves the 'CNN' of urban and suburban America. This generation has a responsibility to do more than report the news. They have to reduce the bad news by working on solutions to black murder.
Posted by Norris McDonald at 5:37 PM 2 comments: