AAEA President Norris McDonald testified before the New York City Council Committee on Environmental Protection on Thursday, January 28, 2015.  According to committee Chairman Costa Constantinides, it was the first time in the history of the committee that someone testified by Skype [McDonald was in California].

The New York EJ legislation is patterned after a national EJ bill I drafted that we still need to get passed in the U.S. Congress.  AAEA formed the Environmental Justice Coalition to work for the passage of the national legislation.  The national bill, New York bill, Maryland bill and Mt. Vernon bill are listed in the Environmental Justice Coalition blog.[1]

AAEA supports both bills and McDonald provided specific recommendations that would improve the legislation.  Although we like the Environmental Working Group and the Advisory Board provisions of Int. No. 886, the bill needs additional protections for vulnerable communities.  The additional protections from our national legislation that should be included in Int. No. 886, include:

Providing a citizen lawsuit provision to allow potential victims of environmental race discrimination to enforce the EJA and the regulations promulgated thereunder.

Providing a citizen endorsement provision to allow potential beneficiaries of nonpolluting economic development to enforce the EJA and the regulations promulgated thereunder.

Addressing: acts of discrimination and investigating all community complaints and recommendations related to development projects, whether filed before or after issuance of construction and operating permits.

Empowering citizens, and DEP at the request of citizens, to obtain injunctions to prevent construction and operation of discriminatory polluting facilities and operations that violate the EJA regulations.

Empowering citizens, and DEP at the request of citizens, to endorse the construction and operation of nondiscriminatory nonpolluting facilities and operations that do not violate EJA regulations.

Posted by Norris McDonald at 11:45 PM No comments: 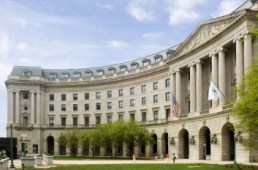 Posted by Norris McDonald at 4:00 PM No comments: 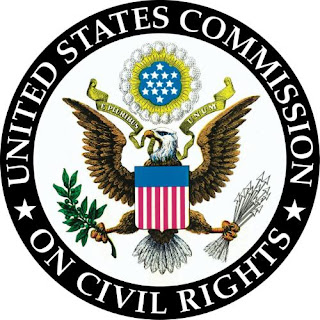 WHAT: The U.S. Commission on Civil Rights is holding a hearing on Friday, Jan. 22., to examine EPA’s  track record of protecting civil rights with regard to the placement of coal ash disposal facilities near minority and low income communities. Coal ash is the toxic waste that remains after coal is burned in power plants.
EPA has found that communities of color and low-income communities suffer greater risk from coal ash pollution than the general population.
Among those testifying are Lois Gibbs, who spearhead the response to  Love Canal, a suspect disease-causing industrial and chemical dumpsite, buried beneath homes, in Niagara Falls, N.Y. Gibbs’ work led to the designation of the first superfund site with federal funds designated for environmental cleanup.
Earthjustice Attorney Lisa Evans, who has led the national effort to regulate coal will testify along with Earthjustice attorney Marianne Engleman Lado, who filed a civil rights complaint against the EPA  in 2013 for failing to protect the civil rights of residents of Uniontown, Alabama, a nearly all-black community that received 4 million yards of toxic coal ash from the largest coal ash spill in Kingston, Tenn in 2008. Kingston, Tenn., is a predominantly white community.
Ester Calhoun, a resident of Uniontown Alabama, and president of Black Belt Citizens for Health & Justice, will testify at 9 am.
Lisa Evans and Marianne Engleman Lado are scheduled to testify at 2:30 pm.
WHEN: January 22, 2015 from 9:00 a.m. to 5:30 p.m. ET
WHERE: U.S. Commission on Civil Rights
1331 Pennsylvania Avenue NW, Suite 1150
Washington, DC 20425 (Entrance on F Street NW)
Posted by Norris McDonald at 3:25 PM No comments:

National Black Chamber of Commerce Does Not Mislead Minorities 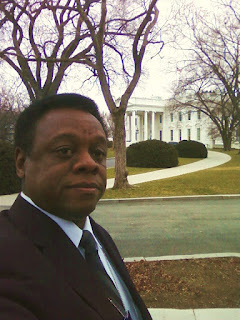 I read Martin Luther King, III's Christmas present article to National Black Chamber of Commerce (NBCC) President Harry Alford and I have to disagree with his assessment.  I have known Mr. Alford for a couple of decades and I know his primary interest is in promoting Black business.  Period. And to the extent he does that, I totally support him.  Now we do not agree on everything, but we are on the same page when it comes to promoting Black business opportunities. Mr. Alford opposes ANYTHING that he considers to be a deterrent to Black business development.  I understand his mission completely.

With over three decades of Inside The Beltway experience, I also understand politics.  And Mr. King's article was strictly political. You have to pick a side and support it 110% or you are useless. Mr. King has picked a side.  Mr. Alford has picked another side.  Let's look at the sides.

The EPA global warming agenda is symbolic at best.  It will do nothing to slow global warming.  Just ask China and India.  It is political symbolism just like the recent United Nations climate change agreement among almost 200 countries.  These are the HOV lanes of climate change.  EPA acted because the Congress would not.  As with most other clean air regulations, these will flounder around in the litigation pool and alternative regs will be drafted at some future date. The Clean Power Plan will not mitigate global warming.  But our Energy Defense Reservations (EDR) Program would.  We are working to get the NBCC, the Obama administration and the energy sector to accept this approach as our front line offense for mitigating global warming [We would also welcome Mr. King's support].  It is a technology-driven program that will actually reduce global warming and create real jobs.

So-called 'clean energy jobs' WILL NEVER compete with the traditional energy sources.  If anybody tries to tell you different, THEY are the ones misleading you.  Moreover, Blacks own virtually none of the fossil fuels industry.  How can Blacks oppose using fossil fuels when we have never owned the mechanisms or materials or resources in this sector? This is why President Obama's true energy agenda includes ALL OF THE ABOVE energy sources.  His Clean Power Plan is largely political to appease the environmental movement and the liberal left.

Hydraulic fracturing has removed any energy vulnerability for our national security.  That is why Congress recently repealed the ban on the U.S. exporting petroleum.  America is in the process of exporting liquefied natural gas (LNG) too. President Obama's Clean Power Plan cannot reduce utility bills.  Botched deregulation in the 1990's and the reconciliation of that debacle will double electricity bills no matter what.

So Mr. King's shot across Mr. Alford's bow was political and useless.  Instead of blacks attacking each other for marginal political gain, we should be working together to aggressively get Black ownership of energy sector resources and infrastructure.
Posted by Norris McDonald at 4:41 PM No comments:

John Pisone, in the video below, decided to go full tilt racist on black videographer Tom Jefferson during an anti-fracking rally (against Rex Energy) in Pennsylvania.  Upon seeing the video, Pisone's employer, MMC Land Management, fired him immediately and posted the following statement on facebook:


Today, we were disgusted to learn that one of MMC’s former employees used racial slurs and made racially charged comments during a peaceful protest in Mars, Pennsylvania, outside of work hours at a location with which we have no affiliation. We are sorry that this incident occurred. Whether at work or not, we do not condone hate speech - EVER. Inclusion and diversity are among MMC’s core values. We believe in equality for everyone, regardless of race, age, gender identity, ethnicity, religion or sexual orientation. MMC has terminated this employee and will never do business with him again in the future.

Jefferson is currently working on a documentary entitled "The Way We Live," which is focused on social justice and climate change.  The protest that upset Pisone stemmed from an ongoing battle over six proposed drilling wells on Rex Energy's Geyer well pad, a permitted site located approximately six miles from the Mars School District campus, which serves 3,200 students.

Arnold B. Baker Appointed to Board of Commissioners of the Port of New Orleans

Posted by Norris McDonald at 7:34 PM No comments: