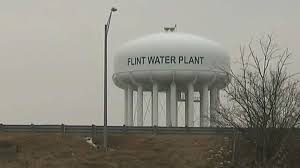 The fight over the water crisis in Flint, Michigan is threatening to tank the Senate’s energy bill [S. 2012 - Energy Policy Modernization Act of 2015]. Senator Debbie Stabenow (D-Mich.), who has taken the lead in negotiating for Flint aid with Republicans, has warned that her caucus could block the energy bill if it isn’t satisfied with the aid package for Flint.
Democrats want a $600 million aid package, with $400 million to match state funds to repair and replace old pipes in the city and the balance going to a research and education center on lead poisoning.

Republicans oppose the cost of the package and are angered by the threats to delay the underlying bill, which has had bipartisan support. The bill includes a number of measures aimed at modernizing the country’s energy systems and policy. 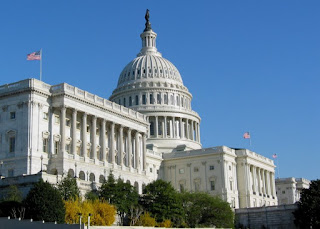 The water supply for Flint, a city of 100,000 people, was switched by an emergency manager appointed by Gov. Rick Snyder in 2014 from Detroit’s municipal supply to the Flint River for budgetary reasons.  Water from the Flint River is more corrosive; without the proper corrosion controls, it caused lead from old pipes in the city to leach into the drinking water, making it far too dangerous to drink.
Senator James Inhofe (R-Okla.), Chairman of the Senate Environment and Public Works Committee, has introduced a compromise package worth $200 million that would expand loan programs to help out Flint and other cities with lead problems. But it would use money taken from the Energy Department’s advanced vehicle manufacturing loan program, a high priority for Michigan.  Michigan’s delegation took that as an insult.
Two officials involved in the water crisis — the former emergency manager for Flint, Darnell Earley, and Susan Hedman, the EPA regional director who resigned in January — declined invitations to testify.  Chaffetz subpoenaed the two to appear before members. (The Hill, 2/3/2016)
Posted by Norris McDonald at 12:13 PM No comments: