Recently retired EPA official, Raymond Spears, Deputy Chief of Staff to three EPA dministrators, and the EPA’s current Director of the Office of Civil Rights (OCR), Rafael DeLeon, admitted under cross examination in an Merit Systems Protection Board hearing in Alexandria, Virginia this month that they had not reviewed a critical medical document before he terminated Dr. Marsha Coleman-Adebayo after she requested a reasonable accommodation. A medical evaluation supplied by an EPA-hired physician was ignored that showed she had a disability covered under the disability laws, regulations and procedures.

DeLeon first denied Coleman-Adebayo reasonable accommodation based on her medical needs on at least ten different occasions and later proposed her removal from Federal service. During the hearing, Spears, and his mentor, Rafael DeLeon, who was also Ms. Coleman-Adebayo’s first-line supervisor, attempted to shift the blame for their actions to the agency’s Reasonable Accommodation Coordinator (RAC), William Haig.

As the RAC, Haig is responsible for reviewing medical documentation and deciding if an employee has a disability. He claimed that Coleman-Adebayo did not have a disability in spite of medical documentation to the contrary and continued to ignore their own physician's evaluation. DeLeon, who was recently made the director of the OCR also testified that he did not read the pertinent document before deciding to propose Dr. Coleman-Adebayo removal. “Can you imagine such a callous disregard for laws, policies and procedures in order to justify their punitive and harmful actions?” Coleman-Adebayo asked. “These are individuals who are held to the highest ethical standards, yet their involvement in any action against me raises serious conflict of interest questions. Both of these individuals are lawyers and DeLeon was previously in the Office of Civil Rights Law Office defending the agency against employee complaints. This is all unconscionable. How he is now the Director of Civil Rights is beyond my comprehension.”

Spears and DeLeon were both directly involved in Coleman-Adebayo’s first case against the agency in 2001 in which she prevailed with a jury finding that she was discriminated against based on her race, gender, and color, that the agency had harassed and discriminated against her for work she had done to protect individuals from harmful toxins. Her historic legal battle against EPA led Congress to introduce the first civil rights and whistleblower law of the 21st century, the No FEAR Act of 2002 (Notification of Federal Employee Anti-discrimination and Retaliation Act) (KMB Media Group Media Advisory, Kevin Berends, 413-624-6670)
Posted by Norris McDonald at 10:27 AM No comments: 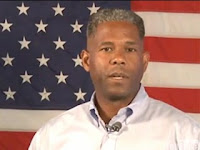 Congressman Allen West (R-FL-22nd District) endorsed cutting the EPA budget in his appearance before the Conservative Political Action Conference (CPAC).  West also condemned the creation and operation of Fannie Mae and Freddie Mac.  He received repeated standing ovations from the conservative convention participants.  We have to admit that we are very impressed with Congressman AllenWest.  As a conservative environmental group, we stand ready to assist Congressman West in achieving a productive direction for America.
Posted by Norris McDonald at 6:14 PM No comments:

The House Energy and Commerce Committee Subcommittee on Energy and Power held a hearing today (February 9) on “H.R. ___, the Energy Tax Prevention Act of 2011,” which  amends the Clean Air Act to prohibit the Administrator of the Environmental Protection Agency from promulgating any regulation concerning, taking action relating to, or taking into consideration the emission of a greenhouse gas due to concerns regarding possible climate change, and for other purposes.  House Energy and Commerce Committee Chairman Fred Upton is the sponsor of the bill. 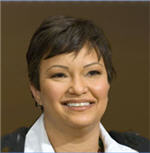 EPA Administrator Lisa P. Jackson, left, testified at the hearing.  National Black Chamber of Commerce President Harry Alford, right, testified at the hearing too.  Although they aggressively disagree on EPA regulating greenhouse gases, Mr. Alford kissed Mrs. Jackson on the cheek as they passed by each other in the hearing room. Jackson opposes the legislation and Alford supports it. (House Energy & Commerce Committee,)
Posted by Norris McDonald at 5:31 PM No comments:

WHAT: Testifying before the U.S. House Energy and Commerce Committee’s Subcommittee on Energy and Power

AAEA will be there.
Posted by Norris McDonald at 5:02 PM No comments:

Dr. Marsha Coleman-Adebayo will be back in court tomorrow contesting her firing from the Environmental Protection Agency in January 2009 during the transition to the Obama administration. Her Merit Systems Protection Board hearing is scheduled for February 9, 2011 at 9:30 a.m. 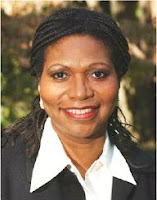 
"The costs of defending oneself against the U.S. government are staggering. Added to the financial burden are those caused by the continuous stress, the toll it takes on your entire family and the destruction of a career. It is not hard to see why most federal workers keep quiet when they see serious violations. Add the fact that it takes an extremely long time to be heard or very few employees prevail in the systems designed to protect them from government corruption."


“The agency’s performance in civil rights after my case and passage of the NoFEAR Act in 2002 is abysmal. My case speaks directly to President Obama’s promise of transparency and the need for protecting whistleblowers. I am sure that he did not mean that leaders in his administration should look the other way.”

Posted by Norris McDonald at 3:57 PM No comments:

The 5th Annual State of Environmental Justice In America 2011 Conference and the American Association of Blacks in Energy (AABE) Annual Conference are scheduled for April 27-29, 2011.

The 5th Annual State of Environmental Justice In America 2011 Conference will be in Washington, DC at the Washington Marriott Hotel-Metro Center.

The American Association of Blacks in Energy (AABE) will hold its 34th Annual Conference in Jersey City, New Jersey. The theme for the 2011conference will look at the role that energy plays in building sustainable communities with “Our Energy, Our Future: Creating Sustainable Communities.”
Posted by Norris McDonald at 11:45 AM No comments: