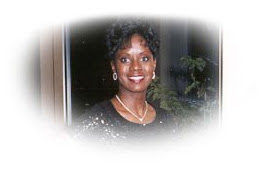 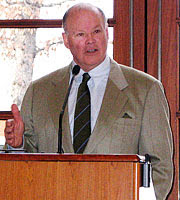 April 2007 was a bad month for the nuclear industry because they lost Thelma Wiggins, left, and Chandler Van Orman, right. These two titans were instrucmental in helping to bring about the current rennaissance in the nuclear industry. AAEA had great relationships with these two individuals and we doubt they will be easily replaced. Thanks Thelma and Chandler for your comradarie.
Thelma is off to pursue her passion of Christian counseling and will be relocating to Columbia, SC after 20 years of service in the industry. Chandler recently participated in the Nuclear Power Roundtable at The State of Environmental Justice in America 2007 Conference at the Howard University School of Law. Chandler has retired, but don't think he will not be influential in whatever he wants to do next. We will miss both of you.
Video of Chandler Van Orman Presentation at EJ Conference
Posted by Norris McDonald at 4:24 PM No comments: 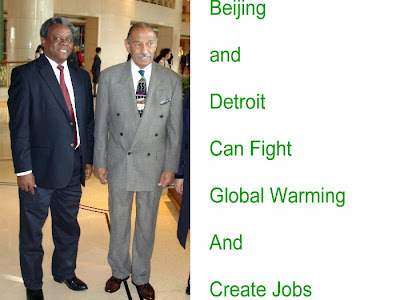 We are convinced that John Conyers is the logical person in the Congress to pass national environmental justice legislation and to mitigate global warming. Environmental justice is as much about social and civil justice as it is about ecology and pollution. But just as the Dixiecrats used 'intent' to discombobulate civil rights laws, unscrupulous manipulators have an easy tool in environmental obfuscation to scuttle environmental justice. So John Conyers, as Chairman of the House Judiciary Committee should introduce environmental justice legislation - - and not just to codify Executive Order 12898, but a bill with teeth (lawsuit provision). The legislation should also have a carrot - - a project endorsement provision. It just so happens that the Environmental Justice Coalition has a bill ready for him to introduce.
We briefly described these proposals to Congressman Conyers during his recent trip to China (photo: AAEA Prez with Conyers in Beijing). Moreover, his district needs help in saving saving the auto industry. Detroit is hurting. Toyota just took over the number one sales position from GM and Ford is barely dodging bankruptcy every year. We are prepared to work with Mr. Conyers to get the Chinese to invest in Detroit. The Chinese should manufacture their new Chery automobile in Detroit. China should also patent and sale a plug-in fuel cell hybrid electric vehicle in Detroit. John Conyers should meet with Hu Jintao to seal the deal.
Posted by Norris McDonald at 3:54 PM No comments: 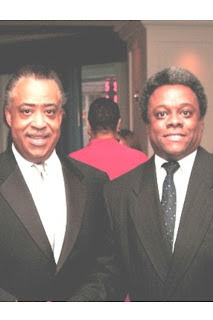 By Norris McDonald. I recently spent two weeks in China and was astounded by the incredible growth. There were building cranes everywhere. Even though I anticipated seeing fast growth, I was not prepared for the scale of building I witnessed. I was also amazed by the state-of-the-art agricultural practices. Clearly, China is not being covered accurately by the American media. China is building while America is talking and writing.
It was great to be a tourist and visit Tiananmen Square (behind me in picture), the People's Congress (with Board Member Derry Bigby), President Hu Tsingtao's Office complex and the Great Wall. I also took in some nightlife in Beijing, Weifang and Hong Kong. China is a great country and Hong Kong (7 million people) is a mega metropolitan area when combined with its Mainland neighbor, Shenzhen (10 million people).
MORE
Posted by Norris McDonald at 9:33 PM No comments:

Our Condolences To the Families of Virginia Tech Victims 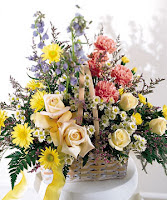 Posted by Norris McDonald at 7:35 AM No comments:

The U.S. EPA has released the national greenhouse gas inventory, which finds that overall emissions during 2005 increased by less than one percent from the previous year. The report, Inventory of U.S. Greenhouse GasEmissions and Sinks: 1990-2005, was published after gathering commentsfrom a broad range of stakeholders across the country. President Bush has a goal to reduce America's greenhouse gas intensity 18 percent by 2012.

Total emissions of the six main greenhouse gases in 2005 were equivalentto 7,260 million metric tons of carbon dioxide. These gases include 1) carbon dioxide, 2) methane, 3) nitrous oxide, 4) hydrofluorocarbons, 5) perfluorocarbons, and 6) sulfur hexafluoride. The report indicates that overall emissions have grown by 16 percent from 1990 to 2005. This report is the latest in an annual set of reports that the United States submits to the Secretariat of the United Nations Framework Convention on Climate Change, which sets an overall framework for intergovernmental efforts to tackle the challenge posed by climate change. The inventory also calculates carbon dioxide emissions that are removed from the atmosphere by "sinks," e.g., through the uptake of carbon by forests, vegetation, and soils.

Inventory of U.S. Greenhouse Gas Emissions and Sinks: 1990-2005 Report
Posted by Norris McDonald at 5:23 AM No comments:

The Clean Sky Coalition is advertising people with coal on their faces and using the statement, "Face It, Coal Is Filthy." Unfortunately, the image of whites or light skinned people of color with coal smeared on their faces appears to associate darkness with filth. Lose this campaign. Clearly no Blacks were involved with the creation of the ads. Typical.
The images advertised in The Washington Times and on the Clean Sky Coalition website, left, immediately caught our eye -- but for the wrong reasons. Frankly, the campaign is projecting the wrong image to black people. Change your campaign. It distracts from your important message. James Brown might be dead but if he were alive today he would criticize this ad campaign: "Say It Loud, I'm Black and I'm Proud - - Just Like Coal."
Posted by Norris McDonald at 3:59 AM No comments: