As my 16th birthday was nearing, I was looking for a summer experience that would be a combine all the things I love – the environment, writing, photography, science and advocacy. I was thrilled that I’ve been accepted into an amazing program and now I need your help to make my dreams come true!

Ever since I was a child, I have always been a stickler for keeping the Earth as pure and clean as possible. My science teacher showed us devastating pictures of the impact cause by pollution on what was once some of our most beautiful landscapes. Those pictures are still etched in my brain, to this day. From then on, I brought my lunch in plastic tupperware, persuaded my family and friends to increase their recycling efforts, and convinced my family to cut up the plastic circular wrapping surrounding the tops of soda cans so animals and fish would not get trapped in its noose. I continue to be passionate about the environment, and am concerned about the carbon footprint I may leave behind.

To figure out how I can continue to make strides in improving the environment, I applied to the Environmental Studies Summer Youth Institute (ESSYI) at Hobart and William Smith College. As one of 32 students chosen to participate in ESSYI this summer, I will have the opportunity to work with professors from engineering, law, public health, policy, and photography - in the classroom, in laboratories, and in the field - on a mountain top, a ship, and the waters of Seneca Lake.

On the verge of entering my junior year of high school, I am looking towards the future. This program will help be clarify how to combine my love and concern for the environment with my career goals. This opportunity is a once in a lifetime experience which can take me out of my comfort zone, enhance my leadership skills and gain exposure to how people work with the environment through policy, economics, sustainability, research, and the arts/humanities.

The cost for this experience is $2500. So far I have $1000 towards my tuition. I am writing this note in hopes of raising funds to make my dream happen. It would mean a lot to me if you would consider supporting this venture. In return, I am offering any of the following:


Thank you for all of your love and support. I am excited to explore and learn more about the world in which we live in, and how I can make it a better place.

Love, Miah
Contact the Organizer
Posted by Norris McDonald at 11:19 AM No comments:


Power plants account for roughly one-third of all domestic greenhouse gas emissions in the United States. While there are limits in place for the level of arsenic, mercury, sulfur dioxide, nitrogen oxides, and particle pollution that power plants can emit, there are currently no national limits on carbon pollution levels.
With the Clean Power Plan, EPA is proposing guidelines that build on trends already underway in states and the power sector to cut carbon pollution from existing power plants, making them more efficient and less polluting. This proposal follows through on the common-sense steps laid out in President Obama’s Climate Action Plan and the June 2013 Presidential Memorandum.
By 2030, the steady and responsible steps EPA is taking will: 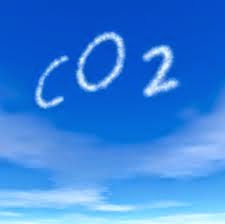 The Clean Power Plan will be implemented through a state-federal partnership under which states identify a path forward using either current or new electricity production and pollution control policies to meet the goals of the proposed program. The proposal provides guidelines for states to develop plans to meet state-specific goals to reduce carbon pollution and gives them the flexibility to design a program that makes the most sense for their unique situation. States can choose the right mix of generation using diverse fuels, energy efficiency and demand-side management to meet the goals and their own needs. It allows them to work alone to develop individual plans or to work together with other states to develop multi-state plans.

Also included in today’s proposal is a flexible timeline for states to follow for submitting plans to the agency—with plans due in June 2016, with the option to use a two-step process for submitting final plans if more time is needed. States that have already invested in energy efficiency programs will be able to build on these programs during the compliance period to help make progress toward meeting their goal.

Since last summer, EPA has directly engaged with state, tribal, and local governments, industry and labor leaders, non-profits, and others. The data, information and feedback provided during this effort helped guide the development of the proposal and further confirmed that states have been leading the way for years in saving families and businesses money through improving efficiency, while cleaning up pollution from power plants. To date, 47 states have utilities that run demand-side energy efficiency programs, 38 have renewable portfolio standards or goals, and 10 have market-based greenhouse gas emissions programs. Together, the agency believes that these programs represent a proven, common-sense approach to cutting carbon pollution—one in which electricity is generated and used as efficiently as possible and which promotes a greater reliance on lower-carbon power sources.

Today’s announcement marks the beginning of the second phase of the agency’s outreach efforts. EPA will accept comment on the proposal for 120 days after publication in the Federal Register and will hold four public hearings on the proposed Clean Power Plan during the week of July 28 in the following cities: Denver, Atlanta, Washington, DC and Pittsburgh. Based on this input, EPA will finalize standards next June following the schedule laid out in the June 2013 Presidential Memorandum.

In 2009, EPA determined that greenhouse gas pollution threatens Americans' health and welfare by leading to long lasting changes in our climate that can have a range of negative effects on human health and the environment. Taking steady, responsible steps to cut carbon pollution from existing power plants will protect children’s health and will move our nation toward a cleaner, more stable environment for future generations, while supplying the reliable, affordable power needed for economic growth.  (EPA)
Fact sheets and details about the proposed rule

More information on President Obama’s Climate Action Plan
Posted by Norris McDonald at 9:34 AM No comments: