Blacks Moving From North to South.

Should there be black communities?

Should blacks just totally spread out and integrate themselves into the general American population?

Although there is black pride in black communities (because whites run as blacks move in), are they practical?

The number of African Americans residing in the District declined by more than 11 percent during the past decade, with blacks on the verge of losing their majority status in the city for the first time in half a century.  Barely 50 percent of the District’s population was African American in 2010 — a remarkable shift in a place once nicknamed “Chocolate City.” The black population dropped by more than 39,000 over the decade, down to 301,000 of the city’s 601,700 residents. At the same time, the non-Hispanic white population skyrocketed by more than 50,000 to 209,000 residents, almost a third higher than a decade earlier. The loss of blacks comes at a time when the city is experiencing a rebound, reversing a 60-year-long slide in population and adding almost 20,000 new residents between 2000 and 2010.

America's blacks are leaving big cities in the Northeast and Midwest at the highest levels in decades and are returning to fast-growing states in the South in search of better job opportunities and quality of life.  The South - places such as Atlanta, Dallas and Houston - accounted for roughly 75 percent of the population gains among blacks since 2000. The gains came at the expense of Northern metro areas such as New York and Chicago, which posted their first declines in black population since at least 1980.  In all, about 57 percent of U.S. blacks now live in the South, a jump from the 53 percent share in the 1970s.  (WSJ, 3/25/2011, WashPost, 3/24/2011, AP/WKRG News 5, 2/15/2011)
Posted by Norris McDonald at 9:48 AM No comments:

If we hope to be leadership defined, it is critical that we empower every community to act on the issues that affect them. It is critical to show people that – though they may not think of themselves as environmentalists – environmental issues play a role in their health and their prosperity. As the first African American Administrator of the EPA, I’m proud to be the voice that says to these low-income and minority communities that their issues are our issues."

But my message today is that this is not all we can do. EPA can provide opportunities for African American women and girls to engage in STEM learning and environmental protection. But nothing will inspire the next generation of women leaders like the example of this generation.

We don’t have to look any further than Dr. Dorothy Height, the woman we honor with this lunch today, to recognize the truth in that. Whether you were directly inspired by Dr. Height, or benefitted from the advances she helped make possible, we all owe her a debt of gratitude. 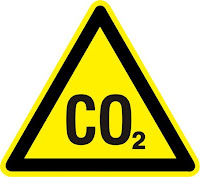 Francisco superior court judge Ernest H. Goldsmith has put California's law, known as AB 32, to curb greenhouse gas pollution on hold, saying the state did not adequately evaluate alternatives to its cap-and-trade program.  In a 35-page decision, the judge said the Air Resources Board (ARB) had failed to consider public comments on the proposed measures before adopting the plan, which affects a broad swath of the state's economy. In particular, the judge noted, officials gave short shrift to analyzing a carbon fee, or carbon tax, devoting a “scant two paragraphs to this important alternative” to a market-based trading system in their December 2008 plan.
AAEA disagrees with, and opposes, the judges decision.  The Center also opposes carbon taxes or carbon fees.

The Air Resources Board appealling the judge's decision, which was filed late Friday and released Monday.

In the November election, Californians voted down a oil-refinery-sponsored ballot initiative (Proposition 23)  to delay the state's global warming law, which is touted as a spur to California’s fast-growing renewable energy industry. The 2006 law requires the state to cut its greenhouse gas emissions to 1990 levels by 2020.

The California lawsuit against ARB was filed by six environmental groups that represent low-income communities, including the Association of Irritated Residents, based in the San Joaquin Valley, and Communities for A Better Environment, which fights pollution around the ports of Los Angeles and Long Beach. The groups contend that a cap-and-trade program would allow refineries, power plants and other big facilities in poor neighborhoods to avoid cutting emissions of both greenhouse gases and traditional air pollutants.  The environmental justice-oriented groups believe that cap and trade means that oil refineries, which emit enormous amounts of greenhouse gases and contribute to big health problems, cannot simply keep polluting by purchasing pollution credits, or doing out of state projects.  The Center believes the trading system can be leveraged to create innovative energy efficieincy jobs.

The board’s attorneys will meet with plaintiffs about complying with the order without halting all aspects of its global warming plan. Besides the cap-and-trade program, which covers 600 industrial plants, the plan includes rules to curb the carbon intensity of gasoline production and distribution, slash motor-vehicle emissions and control potent greenhouse gases such as refrigerants.

The green groups Environmental Defense Fund, the Nature Conservancy, Natural Resources Defense Council and AAEA backed a cap-and-trade approach, and did not join the lawsuit by environmental justice groups.

If all actions under AB 32 are suspended, that might mean that California's rules requiring utilities to provide 33 percent of their electricity from renewable sources are suspended, or that the state's low-carbon fuel standard is in question.

The rules were drawn up under AB 32, which requires that California's greenhouse gas emissions be cut to 1990 levels by 2020, a drop of about 15 percent from current levels.

The particular issue regards a document called a Functional Equivalent Document (FED) prepared to assess environmental consequences of the Scoping Plan, which sets out cap-and-trade goals. The Superior Court case is Association of Irritated Residents vs. California Air Resources Board, CPF-09-509562.

Conservatives have defeated national cap-and-trade proposals in Congress, but the California legal challenge comes from a different direction - grassroots "environmental justice" groups that consider the plan too weak.

Posted by Norris McDonald at 11:06 AM No comments: 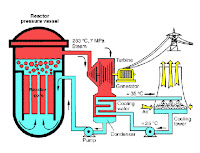 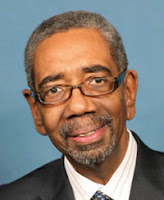 “I personally believe that nuclear energy must be part of any portfolio of renewable energy sources that will fuel this country moving forward.”

-- Representative Bobby L. Rush of Illinois, the ranking Democrat on the Subcommittee on Energy and Power of the House Energy and Commerce Committee.  (NYT, 3/16/2011)
Posted by Norris McDonald at 7:19 AM No comments: 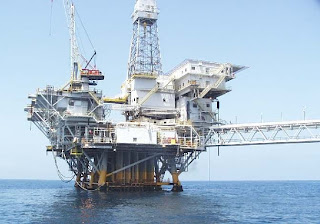 AAEA has joined a coalition of non-profits, trade associations, and Gulf coast organizations, including the National Black Chamber of Commerce (NBCC) and the Offshore Marine Service Association (OMSA), to urge Congress to end the ongoing de facto energy production moratorium in the Gulf.

A coalition letter was sent to Senate and House Appropriations Subcommittees on Interior, Environment and Related Agencies.

Although AAEA has consistently opposed expanded drilling near Florida, the East coast and California coast, we support drilling in the Gulf of Mexico and believe that drilling permits in established drilling areas should be approved forthwith.  Tapping into the Strategic Petroleum Reserve is not a solution to our domestic market oil needs, domestic production is the solution.

Although the moratorium has been officially lifted, the U.S. Department of the Interior is not issuing permits. NBCC President and CEO Harry Alford explained,


“The single deepwater drilling permit granted in the Gulf is a political maneuver, and an insult to struggling businesses, meant only to alleviate pressure on Interior Department Secretary Salazar for budget discussions with Congress. The Administration ought to be focusing attention toward alleviating the pressure on business owners on the brink of collapse from the economically destructive and ongoing moratorium.”

• African American Environmentalist Association
Posted by Norris McDonald at 9:55 AM No comments: