Greenpeace is seeking an experienced and detail oriented Grants and Reporting Manager to manage the grant reporting function of Greenpeace USA, an organization with an annual budget of approximately $37 million and a full time staff of more than 500 employees. The incumbent will also ensure all grant transactions are accurately reflected in the accounting system and all grant reports are completed timely. This position is also primarily responsible for coordinating the completion of all quarterly and annual reporting to Greenpeace International and will oversee other special reporting projects for the Finance Department.


Maintenance of the Grant Tracking and Reporting Process

Compliance and Reporting
QUALIFICATIONS AND EXPERIENCE:

TO APPLY
Please send cover letter and resume to resumes@wdc.greenpeace.org by May 23rd, 2014. Please include the following in your cover letter: a specific explanation of your interest in the available position and how you found out about this career opportunity. Please use the email subject line: GRANTS AND REPORTING MANAGER- YOUR NAME. No phone calls please.
Posted by Norris McDonald at 11:01 AM No comments:

To Release the State of the Black Family Survey 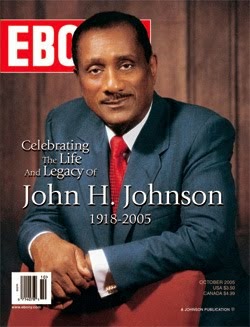 In the May issue of EBONY magazine, the publication partnered with the W.K. Kellogg Foundation (WKKF) to release the State of the Black Family Survey. In the study, a national sample of 1,005 African-American respondents identified job loss and financial insecurity as the number one issue confronting Black families. The survey polled African-Americans on their views on the economy, education, relationships, race relations, health care, employment, finances and media trends.


Amy Barnett, the editor-in-chief of EBONY magazine, said, “For more than 70 years, EBONY magazine has been at the forefront of delivering important news that impacts the African-American community, and we are proud to have had the opportunity to partner with the W.K. Kellogg Foundation to release these results.” She continued to say, “As the curator of the African-American experience – past, present and future, it is important to shed light on these topics in order to address them properly.


Readers can read the remaining results in the May issue of EBONY magazine, on newsstands now. Part two of the survey is scheduled for release in the June issue of the magazine.
The findings from the study revealed the following:

· 84% of respondents says racial discrimination still pervades American society
· 74% think society isn’t doing enough to support young men and boys of color.
· Almost two-thirds of respondents say they are better off financially than they were five years ago, but 82% are concerned that Whites still make more than Blacks for doing the same jobs.
· 52% see the media portrayal of African-Americans as generally negative.
· 60% of respondents agree we are making progress in providing access to health care.
· 50%, however, feel that we are losing ground in reducing the gap between rich and poor.
· Almost 1/3 are concerned that their children are not getting a quality education.
· 44% of survey respondents said they know someone that has been killed or committed suicide
· 30% said “improving the creating more jobs/good paying jobs” as a top issue of concern. 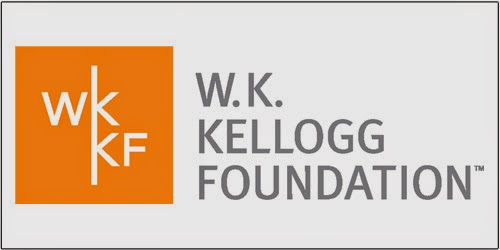 La June Montgomery Tabron, president and CEO of the W.K. Kellogg Foundation, noted that poll respondents expressed concerns about the impact of racial bias and the income inequality gap that is prevalent within the African American community, as well as other demographics in American society. "We have a lot of work to do in creating jobs and making sure that people of color receive the training and education needed to obtain those jobs," she said. "We believe the lack of employment is really critical and impacts a child's well-being and limits opportunities."

She added that a recent study, ''The Business Case for Racial Equity," by the Altarum Institute with funding from WKKF underscores the potential benefits to business, government and the economy if racial inequities are addressed. "Discriminatory policies and disparities in housing, education, health and crime and justice are outlined and we estimate substantial economic benefits of racial equality, including an increase of almost $2 trillion in minority purchasing power and millions of job opportunities for college graduates.”


Montgomery Tabron said that President Obama’s ‘My Brother’s Keeper’ initiative is bringing government, the private sector and non-profits together to address the obstacles faced by boys and young men of color. She said the initiative exemplifies the type of public-private partnerships needed to improve life outcomes for communities of color. “By directly engaging the business sector to promote racial equity,” she said, “we will create a healthier, better educated and more diverse workforce, help close the minority earnings gap, and provide an overall boost to the economy."
###
ABOUT The W.K. Kellogg Foundation:
The W.K. Kellogg Foundation (WKKF), founded in 1930 as an independent, private foundation by breakfast cereal pioneer Will Keith Kellogg is among the largest philanthropic foundations in the United States. Guided by the belief that all children should have an equal opportunity to thrive, WKKF works with communities to help break the cycle of poverty by removing barriers based on race or income that hold back children, so they can realize their full potential in school, work and life.


The Kellogg Foundation is based in Battle Creek, Mich., and works throughout the United States and internationally, as well as with sovereign tribes. Special emphasis is paid to priority places where there are high concentrations of poverty and where children face significant barriers to success. WKKF priority places in the U.S. are in Michigan, Mississippi, New Mexico and New Orleans; and internationally, are in Mexico and Haiti.


About EBONY:
EBONY is the No. 1 source for an authoritative perspective on the African-American community. The monthly magazine, now in its 68th year, reaches nearly 11 million readers. EBONY features the best thinkers, trendsetters, hottest celebrities and next-generation leaders of African-Americans. EBONY ignites conversation, promotes empowerment and celebrates aspiration.

Available nationwide on newsstands and the iPad, EBONY is the heart, the soul and the pulse of African-Americans.
Follow us and tell us what’s on your mind: @EBONYMag on Twitter | EBONYMag on Facebook| EBONYMag.Tumblr.com on Tumblr| EBONY.com online
Posted by Norris McDonald at 7:24 PM No comments: