Confirm Representative Mel Watt as Director of the FHFA

We want a vote as soon as possible on the nomination of Mel Watt to be the regulator of taxpayer owned mortgage giants Fannie Mae and Freddie Mac.  The nation needs Rep. Watt’s talents and leadership at the FHFA. We urge the Senate to vote to confirm him.

Republican opposition has left his nomination in limbo for months. Fortunately, on Monday, Senate Majority Leader Harry Reid filed cloture on the nomination, setting up a vote later this week.  Democrats will need 60 votes to shut off debate and move to a vote on the Watt nomination.

Watt faces a time crunch because if he feels his nomination is a lost cause and wants to run for reelection the filing deadline in North Carolina is Feb. 28. As a sitting Member of Congress, Watt deserves the courtesy of an up-or-down vote.


Rep. Watt is highly qualified to head the FHFA. He brings 40 years of experience in housing and finance to the position of FHFA Director. As a 20-year member of the House Financial Services Committee, and a member of the Subcommittees on Capital Markets and Government Sponsored Enterprises and Financial Institutions and Consumer Credit, he oversees housing, banking, insurance and other financial services matters.

In addition to his public service as a Member of Congress, Mr. Watt, a graduate of Yale Law School, spent more than 20 years practicing law in North Carolina with a particular focus on business and real estate law. Further, he was a former small business owner who understands both the practical and policy aspects of access to credit issues.

Rep. Watt was one of the first Members of Congress to speak out against the predatory mortgage lending practices that characterized the boom in subprime lending, and that eventually contributed to widespread economic devastation. Rep. Watt rightly led the push for legislation that would have required safety, soundness, and fairness to prevail over the blind rush for short-term profits.  (Politico, 10/28/2013)
Posted by Norris McDonald at 6:47 PM No comments:


News One Now, the first morning news program in history to focus on news and analysis of politics, entertainment, sports, and culture from an explicitly African American perspective, will premiere on TV One Monday, November 4 at 9AM/ET.

Roland Martin, the 2013 National Association of Black Journalists’ Journalist of the Year and former host of TV One’s long-running, award-winning weekly news program, “Washington Watch with Roland Martin”, leads News One Now doing what he does best: sifting through the headlines of the day to spotlight matters that greatly impact the African American community.

In addition to the telecast, News One Now will be streamed live on Radio One. Each weekday morning, News One Now will kick off via its radio platform at 7AM/ET, airing on Radio One network stations in select U.S. markets. Entering its third hour at 9AM/ET, the radio program will simulcast on its TV One television platform, which will be broadcast from the heart of Washington D.C. from a state-of-the-art studio that offers a stunning view of the Capitol building. Audiences can continue their experience 24/7 with exclusive program content and extended editorial on NewsOne.com and the NewsOne mobile app available in both iOS and Android. Social interaction is at the heart of the show and incorporates conversations from facebook, Twitter, Instagram, and Vine, among others, using the hash tag #NewsOneNow.

According to Alfred Liggins, chairman of TV One and CEO and president of Radio One:


“Filling a glaring gap in the current cable news programming landscape,
News One Now builds off our online success, extending our presence to a complete multi-platform experience where we can serve the African American audience with news and analysis that is specially curated to suit their needs, concerns, interests and passions.”

According to Roland Martin:


“Our program will not only keep Black America abreast of major breaking news and hot-button issues, it will also shed light on peripheral stories that spotlight events and individuals making a concentrated, positive impact in our communities. Our audience can not only expect to be informed, but also enlightened and inspired.” 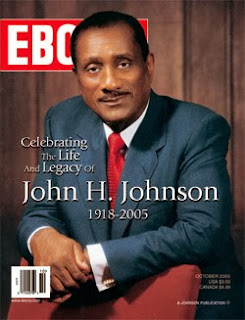 “Motown The Musical” and Famed Rockjazz Pianist ELEW to Perform 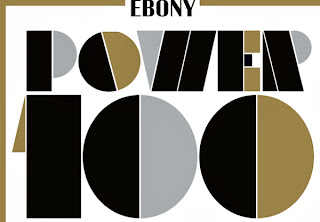 EBONY® Magazine, the curator of the African-American experience, past, present and future, today announced that it will host a gala event in New York City at Jazz at Lincoln Center’s Frederick P. Rose Hall on Monday evening, November 4, 2013 to celebrate the honorees on its annual EBONY Power 100 list. This is the second year that the event is presented by Nationwide Insurance.
The EBONY Power 100 list salutes the achievements of the most influential African-Americans in the country. Among the game changers honored this year are President Barack Obama, actress Kerry Washington, NBA legend and entrepreneur Earvin "Magic" Johnson, actor Michael B. Jordan, film director Lee Daniels, chefs Marcus Samuelsson and Roblé Ali and activists Harry Belafonte and Marian Wright Edelman.

Hosting the star-studded evening will be Power 100 list honoree Nick Cannon, the multi-faceted entertainer, actor, DJ, comedian and musician. For the past five seasons, Cannon has served as the host of "America's Got Talent," NBC's top-rated summer reality competition series.

Berry Gordy, the legendary founder of Motown Records, will receive a Lifetime Achievement Award. Gordy was influential in the careers of such extraordinary talents as the Jackson 5, Marvin Gaye, Stevie Wonder, Smokey Robinson, The Four Tops, the Supremes and the Temptations. Under his direction, Motown became a model for black capitalism, pride and self-expression. A gifted songwriter, Gordy also penned and co-wrote hits for Smokey Robinson, Jackie Wilson and Etta James. In addition, he has produced several movies, including “Mahogany” and “Lady Sings the Blues.”
The Motown themed evening will include a special performance by The Jacksons, one of the biggest acts in pop music history. The Jackson brothers—a preteen Michael, Jermaine, Tito, Marlon and Jackie—found their way to Berry Gordy’s hit-making Motown Records in the late 1960s. 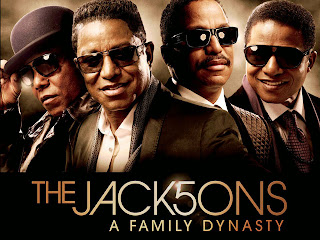 Also scheduled to appear is the cast of Berry Gordy’s four-time Tony Award-nominated Broadway hit “Motown The Musical,” and famed American rockjazz pianist ELEW.
DJ KISS, who has spun for many of the world’s biggest celebrities and added her signature sound to the hottest fashion, music and charity events, will play throughout the evening and at the after-party along with Cannon.
James Beard Award-winning chef and author Marcus Samuelsson, owner of Red Rooster Harlem in New York City, is designing the menu for the gala. The internationally acclaimed Samuelsson, who was also named to the EBONY Power 100 list, has cooked for President Obama, served as a judge for “Chopped” and has recently joined the second season of "The Taste" as a mentor. He is also the youngest chef ever to receive a three-star rating from The New York Times.
In addition to Nationwide, EBONY Power 100 Gala sponsors include United Airlines,Chevrolet, Ariel Investments, and McDonald’s. Wines for the evening are generously provided by Coral Brown of Brown Estate Vineyards, Napa Valley.
The 2013 Power 100 list will appear in the December/January issue of EBONY on newsstands the week of November 4. The full list of the EBONY Power 100 can be found here.

About EBONY: EBONY is the No. 1 source for an authoritative perspective on the African-American community. The monthly magazine, now in its 68th year, reaches nearly 11 million readers. EBONY features the best thinkers, trendsetters, hottest celebrities and next-generation leaders of African-Americans. EBONY ignites conversation, promotes empowerment and celebrates aspiration. Available nationwide on newsstands and the iPad, EBONY is the heart, the soul and the pulse of African-Americans (Ebony Press Release)
Posted by Norris McDonald at 5:40 AM No comments:

AAEA conducted its 5th Compton To Catalina Program trip on Friday, October 18, 2013. The trip was completely successful and the students thoroughly enjoyed their experiences. The California Center for Economic Initiatives recruited the students and John Long conducted the tour of the Southern California Edison Pebbly Beach electricity generating plant.

The tour group left the Catalina Express Long Beach downtown landing at 10 a.m. ABC-7 TV covered the launch and it was broadcast on the evening news in Los Angeles. The tour group had a great burger/fry lunch at Eric's on the green pier and proceeded to the to the semi-submersible boat to view fish species and unique kelp. After the 45-minute submersible trip, we proceeded to the Pebbly Beach power plant for a tour.  The group left the island on the 4 pm Catalina Express back to Long Beach.

Ramon Martinez, the father of Yamilex and Carlos, accompanied us on the trip.

Norris McDonald and Bernard Peyton were also chaperones on the trip.

The Compton To Catalina Program is sponsored by Southern California Edison.
Posted by Norris McDonald at 7:10 PM No comments:

Below is my statement in support of the National Harbor regarding its water permit.


On the
Nontidal Wetlands Permit Application


For the National Harbor Project


Maryland Department of the Environment,

I have lived in Prince George’s County for 18 years. I have worked in the environmental field for 21 years. I was chairman of the Prince Georges County American Civil Liberties Union (ACLU) for two years. I taught a NEPA (National Environmental Policy Act) course for the United States Department of Agriculture (USDA) Graduate School in 1997. I am the author of comprehensive report on pollution in Washington, D.C. I also served on two governor-appointed environmental councils: 1) Maryland Advisory Council on Environmental and 2) the Potomac Middle Tributary Strategy Implementation Team.

AAEA supports the development of the National Harbor project. We support the project because it will provide maximal socioeconomic benefits with minimal environmental impacts. We believe that, like Washington, D.C. east of the Anacostia River, Prince George’s County lacks certain amenities that are clearly included in the National Harbor project. AAEA will continue to support relatively low-impact retail/commercial projects developed in a Brownfields context that serve to prevent sprawl. We also believe that this is the type of project Governor Parris N. Glendening had in mind in his Smart Growth and Brownfields initiatives.


The wetlands at the National Harbor site are small, palustrine forested wetlands and intermittent stream channels that originate at seepage areas above the Potomac River floodplain. In the wetland and immediately adjacent to the stream channels, the forest canopy is dominated by red maple, green ash, common elderberry, spicebush, Virginia bugleweed and fowl manna-grass occurring in the shrub layers. Before reaching the river, the intermittent water infiltrates into the soils and does not reach the Potomac River.


The National Harbor site is absolutely beautiful and will serve as a great experience and view for all. I think the opponents of the project will also visit the facility once it is finished. They should bring their families. I can’t wait for my eight-year-old son to enjoy National Harbor. We are also boaters and will enjoy the experience of National Harbor from the water. I enjoy teaching my son about the importance of protecting wetland areas. This instruction includes visits to wetland areas, mitigation techniques and practices and the great benefits of appropriate economic development.


Thank you for this opportunity to testify before you this evening.
Posted by Norris McDonald at 10:56 PM No comments: 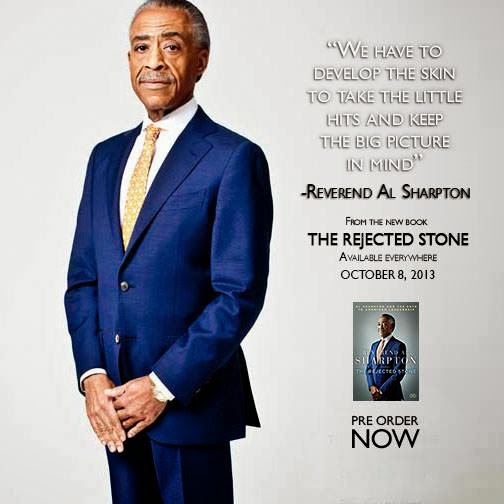 Posted by Norris McDonald at 6:28 PM No comments: