Low Gasoline Prices at the Pump 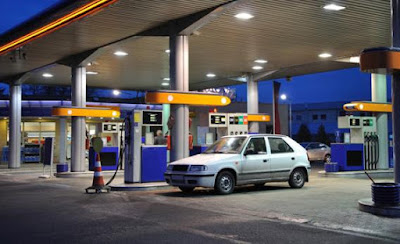 The national average for gasoline is $2.29 a gallon. That’s 48 cents cheaper than last year on the same date and 4 cents cheaper than a month ago. Throughout 2016, prices nationally averaged $2.07, compared with $2.43 in 2015, $3.36 in 2014 and $3.50 in 2013.
The drop in price is a reflection of the huge worldwide surplus in crude oil. Production in the United States has jumped as companies used a process called fracking and horizontal drilling to extract oil from shale, while Iran saw its exports soar with the lifting of economic sanctions after it agreed to reign in its nuclear program. Iran’s reentry into the global market came as Saudi Arabia and other Persian Gulf region players continued to pump freely as well.
Crude is about $48 per barrel right now.
Low gas prices ranged this week from $1.99 a gallon in South Carolina up to $2.90 in California.
Gas prices tend to be higher in the Washington area than the nation as a whole. Within the District, the average on Wednesday was $2.54 a gallon, according to GasBuddy.com, a website that tracks gas prices at 130,000 stations in the United States and Canada. Just over the D.C. border in Bethesda, prices topped $3. Prices were hovering around $2.40 in Silver Spring and $2.30 in Tysons Corner. Gas in Manassas is averaging above $2 and around $2.20 in Annapolis. It’s below $2 a gallon in Virginia Beach.  (Wash Post, 6/30/2016)
Posted by Norris McDonald at 3:23 PM