Black Side of Town in Virtually Every American City 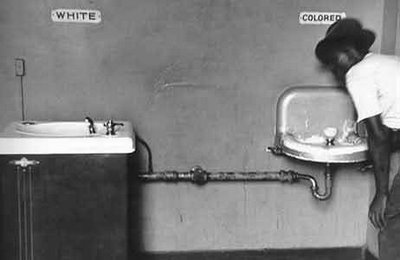 Although Blacks are operating effectively at the highest levels of American society, schools and neighborhoods are as segregated as ever. Why? Harvard professor of sociology Orlando Patterson says, "although it would be naive to discount persisting white racism...the major cause is that Blacks generally prefer to live in neighborhoods that are at least 40 percent black."

Is that why the Blacks in the richest majority black county in the United States, Prince George's, seem to be so happy and satisfied? Maryland is about 20 percent African American and Prince George's is about 60 percent black. So Blacks get the beautiful homes and lawns without the racial distractions? So regardless of social class, the races basically prefer to live among their own. Ah. The American way. The freedsom to be personally discriminating in one's associations. And those choosing to live in more integrated neighborhoods appear to have the freedom to do so. Isn't America great?
Posted by Norris McDonald at 8:09 AM