The Net Neutrality Issue Can Be Confusing

Do you understand what is going on with the Net Neutrality issue?  Add race to the issue and it becomes even more complex to understand.

Let's see if we can't simplify it.  The issue is if big firms are allowed faster lanes (like fiber optic lines for phones compared to copper lines), then the internet will be compromised because providers will not pay as much attention to the slower lanes (copper line example).  If you experienced it you know what we are talking about.  As companies provided fiber optics service, copper line service suffered.  Buzzing in the phone when it rained and slow repair because companies were concentrating on the fiber optics lines. Just as cell phone analog service suffered when digital internet service phones took over.  So when it comes to separating fast from slow internet, come feel that minorities could be stuck in the slower lane or not on the internet at all.

President Obama wants to regulate the internet like a utility.  And regulatory language at the Federal Communications Commission (FCC) could benefit the faster lanes or the slower lanes. Obama and some other advocates have called for "the strongest possible rules to prevent so-called Internet fast lanes and paid prioritization. These proponents of aggressive regulation have called for the FCC to begin classifying broadband providers under Title II, which they believe gives the commission clear authority to ban that behavior. 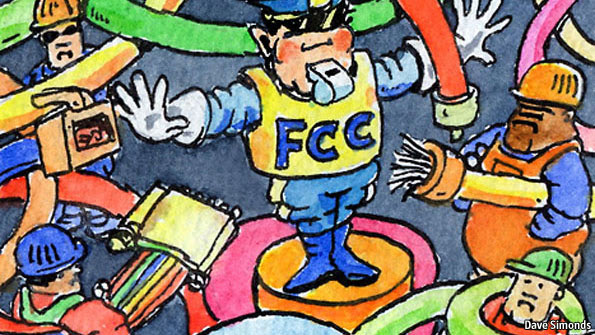 Of course the big boys want the fast lanes and want to charge others more for the faster service.  So in essence you would have two internets: 1) fast and 2) slow. Corporate players such as Comcast, Verizon, and other Internet Service Providers (ISPs) have pitched “fast lanes” and “slow lanes” for Internet content, a strategy seen as the antithesis of net neutrality.

Some critics are accusing civil rights groups of selling out to the big boys.  They are supporting the big boys and the faster lanes they want.  Writer Lee Fang’s controversial article—“Leading Civil Rights Group Just Sold Out on Net Neutrality,” states:


"...a bevy of major civil rights groups, including the NAACP, the League of United Latin American Citizens, the Urban League, the National Council on Black Civil Participation, the National Action Network, the Council of Korean Americans, the Japanese American Citizens League, the National Black Farmers Association, the Rainbow PUSH Coalition, OCA, Asian Pacific American Advocates, and the National Puerto Rican Chamber of Commerce, have joined with the big corporate ISPs to oppose the reclassification of broadband services as a public utility. Fang also identified lobbyists working with minority populations on telecommunications issues, such as the Minority Media and Telecommunications Council (MMTC), raking in big dollars from Comcast, Verizon, and the telecom trade association, the National Cable and Telecommunications Council."

Some states are implementing a similar plans when it comes to highways.  You have seen the 'Fast Lane' where you pay more to drive faster in less traffic.  This comparison also gives you an idea about the 'fast lane/slow lane' Net Neutrality issue.