What is Sarah Palin's position on environmental justice?  She does not currently have a 'position' on the issue. So we can only speculate based on her current political philosophy and her positions on other environmental issues. 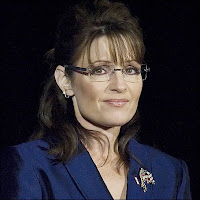 She is a self reliance Tea Party conservative and she will probably recommend some sort of private sector accomodation between affected communities and the industries identified as their polluters.  She will also make a cold political calculation as to whether she can flank President Obama on this issue (since it involves minorities and low-income people).  Of course, the easy path would be to take the 'low-income' route.  That way the racial component could be removed.  She has to think that she cannot compete with President Obama on the minority front.  We keep hope alive that she would compete though.  Nothing like good old American competition to get results.  Or she could do what some others do and go the Native American route. Or, the Eskimo route might be amenable to her.

Governor Palin has some things in common with the environmental justice movement.  Both oppose Cap and Trade.  AAEA supports Cap & Trade and is one of the only entitites that has been consistently supportive of the program.  Palin is tough on Big Oil.  The EJ community would agree.  Palin supports alternative energy production (though she promotes all forms of domestic energy production).  That is clearly a position that is consistent with the EJ community.  Palin's family values could lead her to address the disproportionate asthma rates in minority communities. Her support of nuclear power and hybrid electric vehicles are complementary to mitigating smog.  It might not be a bad idea to lure more minorities to Alaska. There is a lot of land and resources up there and many opportunities.  We hope Sarah Palin will take up environmental justice as a cause.

Give us a call Governor Palin.  Todd Palin can give us a call too.  We would be very happy to discuss this issue with you.
Posted by Norris McDonald at 6:42 PM