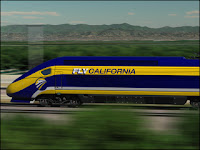 The complaint, filed last December by the Lawyers’ Committee for Civil Rights of the San Francisco Bay Area on behalf of the Associated Professionals and Contractors (APAC), asserted that minority-owned small businesses are being largely excluded from contracting opportunities available through the California High Speed Rail, the country’s largest public infrastructure project. Although CHSRA is mandated to ensure that 25 percent of contracting business is allocated to small businesses, over the past five fiscal years, less than four percent of contracting dollars have gone to small or micro-businesses, with nearly all contracting dollars begin funneled to large, majority-owned firms. The complaint asked federal agencies to open a formal investigation into the CHSRA’s contracting practices under Title VI of the Civil Rights Act of 1964.

When and if completed, the controversial California High Speed Rail will travel through 14 regions throughout the State and cover over 800 miles from Sacramento to San Diego. Nearly half of the estimated $43 billion cost for the project is expected to come from federal funding, with more than $3 billion already awarded.

Today’s decision by the FRA orders far-reaching reforms in CHSRA’s contracting practices. Among other requirements, the order requires CHSRA to appoint within 60 days a high-level official “with direct, unfettered access” to California High-Speed Rail Authority CEO Roelof van Ark to oversee the needed reforms to its bidding practices. Also within 60 days, the agency is required to submit a “comprehensive plan” for opening up its contracting processes that sets goals for small and disadvantaged business utilization and that ensures broad outreach. The complete list of required actions is on pages 10 and 11 of the decision.

In reaching its decision, FRA cited evidence of misrepresentations and incompetence by CHSRA. Specifically, FRA criticized CHSRA for incorrectly representing when it began receiving federal funds. FRA noted that the agency had in fact received federal funds as far back as 2002, yet represented in correspondence to FRA and in statements to the public that it had only recently begun doing so (Decision, page 5-6). The decision also found a “disconnect” between official statements of FRA concerning its contracting and the on-the-ground reality of contracting opportunities being put out to bid with little to no public notice and the absence of a "coherent policy" for ensuring a fair and open contracting system (Decision, page 8, 9). (Lawyers’ Committee for Civil Rights of the San Francisco Bay Area, NBCC)