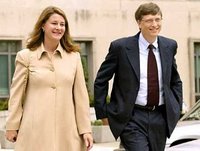 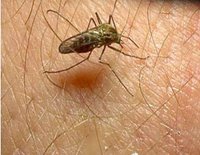 The Gates Foundation should be funding the use of an EPA certified perticide or DDT to eliminate mosquitoes carrying the malaria parasite in Africa right NOW. Just as we used DDT in America to eliminate malaria-leaden mosquitos, we should do the same thing in Africa. Then roll back the use to protect wildlife. Children and adults in America do not die from malaria thanks to DDT. People in Africa should also enjoy freedom from this preventable affliction. Bill and Melinda Gates should meet with EPA to examine the feasibility of utilizing EPA-approved insecticides and other resources available at the agency. EPA's Office of Pesticide Programs and International Activities Offices could be very helpful assisting the Gates in accelerating the successful elimination of malaria deaths in African countries.
Posted by Norris McDonald at 7:38 PM