Is The Black Community Still Necessary In America? 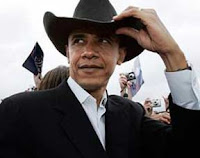 Should blacks aggressively move out of black enclaves and into white communities? Will whites accept blacks and not move out as blacks move in as has been the history in America? Obama's election clearly signals a shift in white attitudes. What about blacks? It is only natural to not want to be where you are not wanted and many, if not most, blacks still feel more comfortable in African American neighborhoods. Will the election of Obama affect the thinking of blacks? Will whites move to black communities? Gentrification has been a common complaint among blacks for some time now. Yet America seems to thrive on its 'categorization' of people.
France does not categorize its citizens by race. All people in France are French. We guess this same designation will come to America when its communities are fully integrated. Yet there are black enclaves in France too. The French simply do not place a categorical name on them. There is also prejudice and racism in France. Yet the Obama phenomenon must have blacks and whites alike thinking about what could be. Maybe what should be. Imagine that.
Posted by Norris McDonald at 11:00 PM