California Solar Subsidies Used By Rich But Not Poor 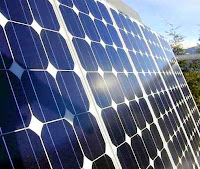 Based on how California policymakers giving subsidies for solar panels placed on the residential roofs, the poorest parts of California have not sufficiently utilized the benefits.

The piece of program reserved for lowest income customers is not quite so robust. The PUC reports solar has been installed on the homes of 862 low-income Californians. People with low income can't afford any piece of it, rebate or no rebate.

The California Public Utilities Commission reports that one residence in the Sonoma County wine town of Glen Ellen received a $372,000 subsidy on a $2.2 million solar installation. A Newcastle residence received a $319,000 subsidy on a $1.45 million installation. In all, 22 residential solar projects received subsidies in excess of $100,000 each, and 71 others received subsidies of $50,000 or more.

The Public Utilities Commission reports that the ZIP code covering the eastern end of Clovis, one of the most tony areas of the Fresno region, received $3.5 million in solar roof subsidies. Down in the flatlands of Fresno, in the southern and western ends of the city, subsidies totaled $40,000.

In April, Gov. Jerry Brown signed legislation requiring that utilities get a third of their electricity from renewable sources, in an event at a new solar panel factory in Milpitas, owned by SunPower, the largest manufacturer of solar panels used in the California Solar Initiative.

But the rooftop solar business wouldn't exist, at least not in its current form, without various subsidies, including the state rebates and 30 percent federal tax credit.

San Diego Gas & Electric is raising issues related to rooftop solar in filings with the PUC. The utility is seeking to charge solar customers an average of $22 a month to cover transmission, distribution and other overhead costs.

Sempra also is seeking approval of midsize solar arrays that could be installed at power substations, on the roofs of large warehouses, on land that is too polluted for other uses. The company would sell the electrons to apartment dwellers and customers who couldn't afford rooftop solar. It would be far more efficient than placing panels on individual roofs. (Sacramento Bee, 10/31/2011)
Posted by Norris McDonald at 2:14 PM