University of Pittsburg Conference on the Black Male

The news media’s depictions of Black males can have a profound effect on readers and viewers. How Black men are portrayed can often reinforce stereotypes, which can lead to negative perceptions and result in racial bias in everything from court decisions to policymaking.

A group of scholars, experts, and news media executives will discuss these issues at a one-day summit at the University of Pittsburgh Nov. 1 titled “Evolving the Image of the African American Male in American Media.” The by-invitation-only event will take place from 8:30 a.m. to 5:30 p.m. in the second-floor Ballroom B of Pitt’s University Club, 123 University Place, Oakland. The summit, presented by Pitt’s Office of Public Affairs, is made possible by a grant from the Heinz Endowments. 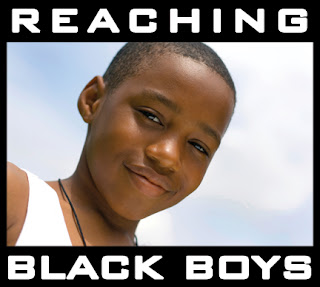 8:45 a.m. Opening Remarks and Introduction of the Keynote Speaker

A discussion of the power of major news media to shape opinions and the problems that result from unbalanced news coverage.

Moderator: Paula Poindexter, vice president, Association for Education in Journalism and Mass Communication and associate professor of journalism and graduate advisor, University of Texas at Austin.

Seven teenage and young adult Black males will discuss their perceptions of the news media as well as how their communities are depicted.

Larry E. Davis, dean of the School of Social Work, Donald M. Henderson Professor, and director of the Center on Race and Social Problems at Pitt, will address the psychological impact on Black men of negative stereotypes promulgated by the media.

Executives from traditionally African American-focused news outlets will discuss the role of the “Black Press” in the 21st century.

Panelists will reveal how decisions are made in the coverage of the African American community, providing an insider’s view into how race and race-based issues are discussed and managed at major news outlets.

This session, moderated by Robert Hill, is designed for open feedback and discussion. A representative from each of the panels will engage with the audience about topics discussed during the day and answer questions.

The foundation’s mission is to help the region thrive as a whole community—economically, ecologically, educationally, and culturally—while advancing the state of knowledge and practice in the fields in which people work. Its fields of emphasis include philanthropy in general and the disciplines represented by its five grant-making programs: Arts & Culture; Children, Youth & Families; Education; Environment; and Innovation Economy.
Posted by Norris McDonald at 6:38 PM