Congress in ordering the Securities and Exchange Commission (SEC) to write new rules intended to tackle a humanitarian crisis in the Democratic Republic of Congo (DRC). A law enacted last year calls for companies listed on U.S. stock markets to disclose whether their products contain “conflict minerals” — substances that originate in the DRC or neighboring countries. International trade in the minerals is fueling the brutality in the DRC. 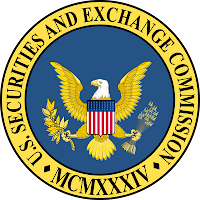 Businesses have argued that the mandate, though inspired by the noblest of motives, would be costly and difficult to implement. The SEC has been having a hard time translating the law into a rule for companies to follow because of the complexities of global supply chains for products as varied as refrigerators, fighter jets, jewelry, biscuits (packaged in tin) and the chemical derivatives of minerals such as columbite-tantalite. The value of the minerals is being driven up by consumers’ insatiable appetite for iPads and BlackBerrys and cellphones.

Minerals are embedded in millions of parts from thousands of shifting suppliers and no manufacturer can trace these all the way back to the mine. Unreasonable requirements could cost the aerospace industry hundreds of millions — if not billions — of dollars, which would be passed on to customers such as the Defense Department

Some believe the rule could unintentionally inflict economic harm on Africans. Should the disclosure requirement be limited to tantalum, tin, tungsten and gold? Or should it extend to niobium? Congress said it
should cover substances “necessary to the functionality or production” of manufactured items. What should the SEC do about ornamental embellishments or naturally occurring impurities? And should there be an exception for substances used in only tiny quantities?

The conflict minerals disclosure is not the only rule of its kind the SEC must write. The agency is also working on requirements that mine operators disclose health and safety violations and that companies involved in the development of oil, gas and minerals disclose payments they make to foreign governments.
These payments at times have become the subject of bribery investigations. (Wash Post, 10/19/2011)
Posted by Norris McDonald at 10:43 AM