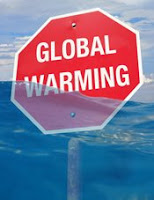 AAEA has been working directly on global warming and climate change issues for about a decade. Lately, other minority groups are addressing these very important issues. Two groups recently issued reports and one formed a commission to address the most important environmental issue facing the planet today.

The Environmental Justice and Climate Change Initiative (EJCC) produced a report entitled,“A Climate of Change: African Americans, Global Warming, and a Just Climate Policy in the U.S.,” which concluded that African-Americans are more vulnerable to the effects of climate change. The EJCC is a coalition of 27 U.S. environmental justice, climate justice, religious, policy, and advocacy networks representing millions of individuals who want a just and meaningful climate policy. Redefining Progress is the host and fiscal sponsor for EJCC.

The Joint Center for Political and Economic Studies (JCPES) recently launched a project called the Commission to Engage African-Americans on Climate Change (CEAC). The JCPES released a survey of African-American attitudes on climate change and a background paper on “Global Warming and African Americans” describing the disproportionate impacts of climate change on African Americans.

Congressman James Clyburn referenced both reports when he spoke at the National Press Club in Washington, D.C. to help launch the commission.