Russia's invasion of Georgia is unraveling plans by Russia and the United States to promote the use of nuclear power in other countries. The Bush administration has already cancelled the Nuclear Cooperation Agreement with Russia. These agreements between the U.S. and other countries are called '123 Agreements.' Section 123 of the United States Atomic Energy Act of 1954, titled "Cooperation With Other Nations," establishes an agreement for cooperation as a prerequisite for nuclear deals between the U.S. and any other nation. To date, the U.S. has entered into roughly twenty-five 123 Agreements with various countries.

It was only in May that President Bush sent the agreement to Congress for its approval. The deal would have meant billions of dollars in earnings for Russia for becoming the center of a nuclear reprocessing business of spent fuel from American-supplied reactors around the world. Of course, Russia can proceed to cooperate with other nations without us. The decision is probably due to Russia's invasion of Georgia and to emphasize the point, the State Department announced a $1 billion foreign aid package for the West-leaning Georgia. The cancellation hurts us too though because the U.S. does not reprocess spent nuclear fuel. The U.S. would need France or Russia in any deal involving reprocessing such fuel. America needs to start reprocessing spent nuclear waste in order to be competitive worldwide.

Russia and the USA would have been the principals in a program designed to provide nuclear fuel to other countries without risking proliferation of nuclear weapons. The Global Nuclear Energy Partnership (GNEP) proposes to expand the use of nuclear energy by developing a worldwide consensus on using this emission-free technology to meet growing electricity demand. It will achieve this objective by having nations with secure nuclear capabilities to provide potential partner nations with nuclear facilities, fresh fuel and recovery of used fuel for recycling. [More on GNEP]

Although a nuclear power plant building renaissance is pending in the United States, there is concern about the escalating cost of building plants here so any plant orders from overseas would be helpful to nuclear plant and equipment providers. It would also create thousands of badly needed jobs. India plans to import at least eight 1,000 megawatt power reactors by 2012. If American companies were to win contracts for just two reactors, thousands of jobs would be created in America. It is estimated that the nuclear deal could generate $100 billion in business over the next 10 years. India currently has 17 operating power reactors with seven under construction.

On August 1, 2008, the International Atomic Energy Agency approved the safeguards agreement with India, after which the United States approached the Nuclear Suppliers Group (NSG) to grant a waiver [because India is not a signatory to the Nuclear Nonproliferation Treaty] to India to commence civilian nuclear trade. The 45-nation NSG granted the waiver to India on September 6, 2008 allowing it to access 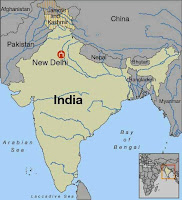 civilian nuclear technology and fuel from other countries. However, India can commence nuclear trade with the United States only after the deal is passed by the U.S. Congress where passage is currently pending. U.S. companies still need congressional approval before they can start bidding for contracts. French and Russian companies can start as soon as their governments sign a bilateral agreement with the Indian government. If Congress does not pass the India 123 Agreement, combined with the Bush administration cancellation of the Russia 123 Agreement, it will significantly hurt the goals of the GNEP. It will also hurt the nuclear industry because American nuclear companies will lose potential construction and equipment contracts in addition to jobs. France and Russia will be happy to step in and replace us in India. (The Economic Times, 8/9/08, Wiki, Wiki-123 Agreements)
Posted by Norris McDonald at 11:10 AM