Should Blacks Own Coal Mines in a Global Warming World? 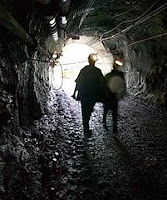 No African Americans own coal mines in the United States. Except for Nigerian-born Kase Lawall's offshore oil drilling operation based in Houston, Texas, Blacks do not generally own any component of America's energy infrastructure [See Energy Policy for Blacks]. We know the historical reasons for this phenomenon, but it is still baffling that in the 21st Century, Blacks are not operating in this important sector. So the question remains, in a global warming world should Blacks own coal mines? What about rail cars for shipping coal? coal-fired (50 percent), nuclear (20 percent), 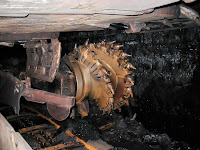 oil and natural gas (21 percent), hydroelectric (7 percent), and the remainder includes wind, solar and other. According to Peabody Coal, The estimate of coal’s share of U.S. electricity generation has been raised to 57 percent by 2030. Total U.S. coal demand is now estimated to grow from 1.1 billion tons per year in 2005 to nearly 1.8 billion tons per year by 2030. If you're selling coal, you're making money. Do the math. 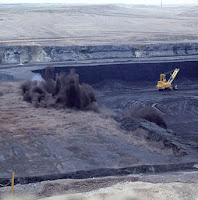 You know how mainstream greens will answer this question. They are uncompromising and have no empathy for African American entrepreneurship. Of course, although coal is an extremely valuable resource it contributes to global warming and smog. Coal currently supplies 52 percent of America's electricity needs. Coal is about a third of the cost of natural gas and it is estimated that there is hundreds of years worth in the ground. Coal produces significant amounts of sulfur dioxide (SO2) that creates acid rain as well as the nitrogen oxide (NOx) that causes smog and soot. Coal plants also generate the majority of the industry's carbon dioxide (CO2) and mercury emissions.

Posted by Norris McDonald at 9:45 PM