The Senate Amendments [Energy Improvement and Extension Act of 2008 and Tax Extenders and Alterntive Minimum Tax Relief Act of 2008] to H.R. 6049, the Renewable Energy and Job Creation Act of 2008 (REJCA) passed 93-2 in the Senate on Sept 16, 2008 and is now headed to a House and Senate Conference Committee for a final version to be hammered out. If an agreeable bill can then be approved by Congress, it will go to President Bush, who will probably sign it unless some objectionable provision or provisions are still in the legislation. President Bush supports the Senate Amendments but opposes the House version because of a provision to take away oil company tax benefits to fund the renewable energy package. AAEA opposes the expanded offshore drilling provisions in the House version of the bill. 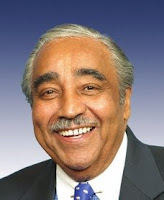 REJCA will amend the Internal Revenue Code of 1986 to provide incentives for energy
production and conservation, to extend certain expiring provisions, to provide individual income tax relief, and for other purposes.