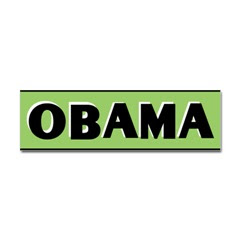 President Elect Barack Obama announced his 'Green Team' today at a press conference in Chicago. AAEA supports the president's nominees because we believe newly elected officials deserve their cabinet picks. We support the nomination of Stephen Chu as Secretary of the U.S. Department of Energy and will provide a statement at his Senate confirmation hearing. We support Lisa P. Jackson as EPA Administrator and will provide a statement at her Senate confirmation hearing. We support Nancy Sutley as the new Chairwoman of the President's Council on Environmental Quality (CEQ) and will provide a statement at her Senate confirmation hearing.
AAEA is breaking with our automatic support though in the case of Carol Browner until and unless she resolves her past with Marsha Coleman-Adebayo. The Energy Czar position does not require Senate confirmation. The exact role and duties of the office have yet to be established. It is sad though that Dr. Adebayo was fired from EPA during the same month Browner is receiving a post as Energy Czar. Unfortunately, Ms. Browner set the termination in motion a decade ago. We hope an Administrator Lisa Jackson will provide an appropriate settlement for Dr. Adebayo and permanently close this chapter of EPA's history.
There are many extremely important energy, climate change and environmental issues facing us and we will be engaged in the debate and activities in this area. However, when a dedicated employee's career is derailed and discrimination abuses are certified by the court and Congress, we have to draw a line [See No FEAR Act].
AAEA supports the Obama administration. We look forward to supporting and working with him to solve our nation's energy, environmental and climate change problems.
Posted by Norris McDonald at 4:02 PM